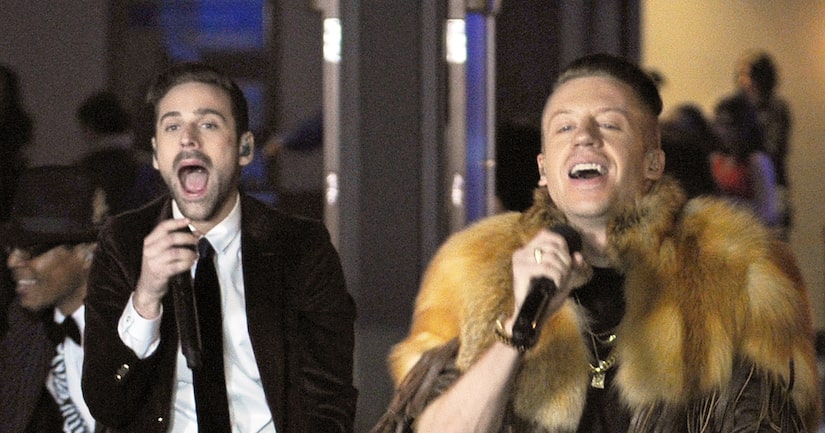 Pharrell Williams and Justin Timberlake both earned seven nominations, but Timberlake's “The 20/20 Experience” album failed to snag any nods in the top categories.

Sara Bareilles surprised many with getting a nom for Album of the Year for “The Blessed Unrest.” She will face off against Daft Punk for “Random Access Memories,” Macklemore & Ryan Lewis for “The Heist,” Taylor Swift for “Red” and rapper Kendrick Lamar for “Good Kid, M.A.A.D City.”

Song of the Year nominees include Macklemore & Ryan Lewis' inspiring "Same Love,” Bruno Mars' "Locked Out of Heaven,” Lorde's "Royals,” Pink's "Just Give Me a Reason" and Katy Perry's "Roar.”

The nominations were announced at the Grammys concert, hosted by LL Cool J, in Los Angeles. There were performances by nominees Taylor Swift, Katy Perry, Lorde and Robin Thicke.