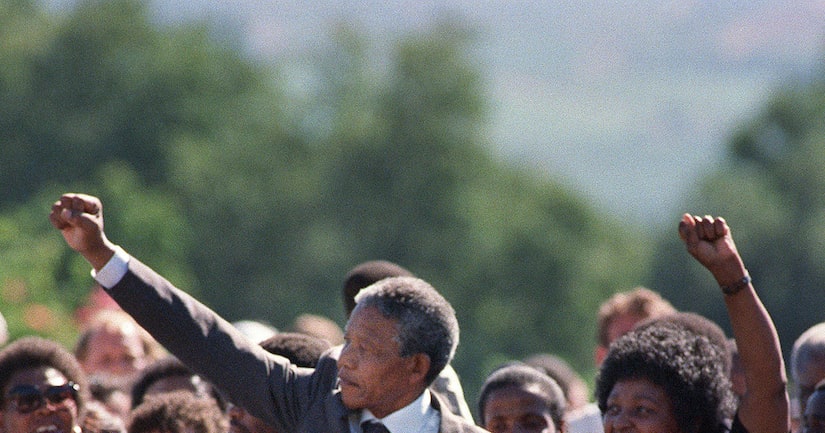 President Jacob Zuma made the announcement from the Union Buildings in Pretoria, saying Mandela died in his Houghton home surrounded by his wife, Graça Machel, and members of his family.

Mandela was hospitalized June 8 with a recurring lung infection and was in critical condition, but rallied for a short period of time.

Zuma also stated that Mandela, known affectionately as Tata Madiba, would have a state funeral and that the flags would fly half-mast from December 6 until after the funeral.

Many around the world see Mandela as a symbol of reconciliation, and the victorious struggle against apartheid.

He was jailed for 27 years under apartheid rule and released in 1990. He then was a key player in ending the apartheid era and was awarded the Nobel Peace Prize in 1993, together with former president FW De Klerk, for the “peaceful termination of the apartheid regime and for laying the foundations for a new democratic South Africa.” Mandela then became South Africa's first black president in 1994.

He stepped down from the presidency in 1999 after one term in office, but continued with a busy public schedule. He brokered negotiations for peace in Rwanda, established the Mandela-Rhodes Foundation for educational scholarship, and launched the 46664 AIDS fundraising foundation.

Mandela retreated from the public eye at age 85. His last public appearance was a brief one at the end of the 2010 World Cup.

Hollywood took to Twitter to pay their respects, including "Extra's" own Maria Menounos, who wrote, "Nelson #Mandela has died. So heartbreaking. There is no one like him. #inspiration"

Morgan Freeman: "Today the world lost one of the true giants of the past century. Nelson Mandela was a man of incomparable honor, unconquerable strength, and unyielding resolve -- a saint to many, a hero to all who treasure liberty, freedom and the dignity of humankind. As we remember his triumphs, let us, in his memory, not just reflect on how far we've come, but on how far we have to go. Madiba may no longer be with us, but his journey continues on with me and with all of us."

Dennis Haysbert: "Portraying Nelson Mandela, in the film "Goodbye Bafana" was a defining moment in my life and my career. We as a society, have been blessed to live in a time that Nelson Mandela has lived, loved, and led. What he has done for his country, his countrymen, and everyone on this planet may not be achieved again… ever. I will always honor him as a saint."

Whoopi Goldberg: "I want 2give the world a hug I was told Mandeba just passed. Nelson Mandela R.I.P. Time for a well earned sleep.Condolences to his family."

Samuel L. Jackson: "Never met a better person in my life than Nelson Mandela. My sympathy to his family & his country."

Barbara Walters: "A remarkable man and an inspiration to all. Remembering #NelsonMandela"

Anderson Cooper: "Mandela is gone. There is no one else like him."