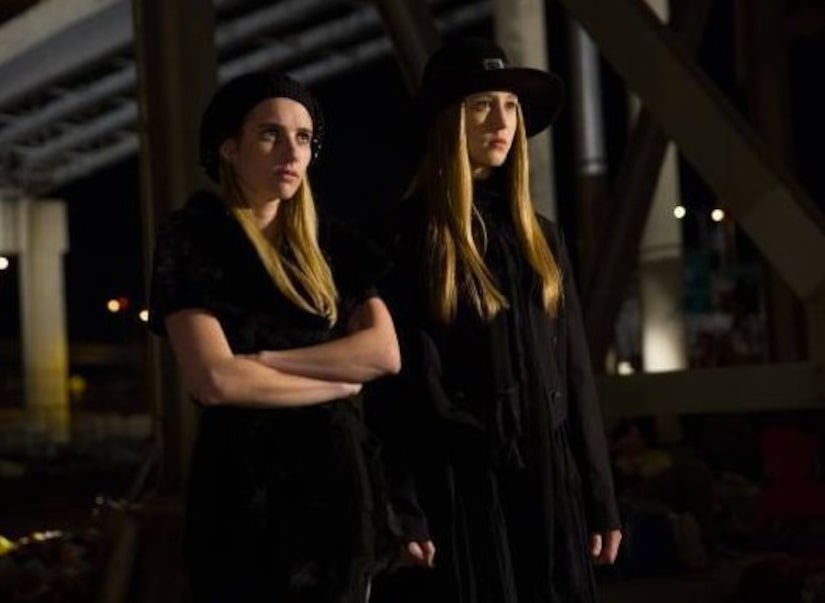 “American Horror Story: Coven” is gearing up for a major confrontation in black magic.

In Wednesday's episode, Queenie declared at the beginning, “Voodoo, witchcraft. This town ain't big enough for the both of us. War is coming and you're gonna lose!”

Here are some of our burning questions:

How will Fiona exact her revenge against those who want her dead? We know Fiona has cancer, but Cordelia is insistent they push Fiona over the edge so that a new Supreme can take her place. She invokes the “Sacred Taking,” which would force Fiona to kill herself. Both Madison and Myrtle, two witches killed by Fiona and brought back to life by Misty Day, reveal themselves to Fiona to freak her out. It almost works but not quite… and now Fiona is a little pissed.

Is Misty Day the next Supreme? The Stevie Nicks loving swamp girl, with the powers to bring the dead back to life, may be the one Fiona fears most. Or maybe not. The real Supreme has yet to show herself.

How is the now ghostly Spaulding going to fit into the picture? He's dead, that's for certain, but he is the one that convinces Fiona to stick around and fight for her right to rule supreme. He could cause trouble.

What's with the Jesus freak living next door? Joan gives her son a Comet enema to “cleanse” him after he was saved by Nan in the zombie attack. Then Joan locks the guy in a closet. Nan comes over to rescue him, but Joan blocks the way… until a guy in a hood shoots her through the window. Later, Misty brings her back to life. Is Joan a changed woman?

Who IS the guy in the hood shooting everyone? Probably a witch hunter… Cordelia's husband, perhaps?

Will Zoe find real love with Kyle? Madison isn't going to like that.

Will Queenie help the caged-in Delphine? Not likely. Maria has plans for Delphine, like cut her head off, which doesn't kill Delphine because she is immortal, and send it to Fiona as a message.