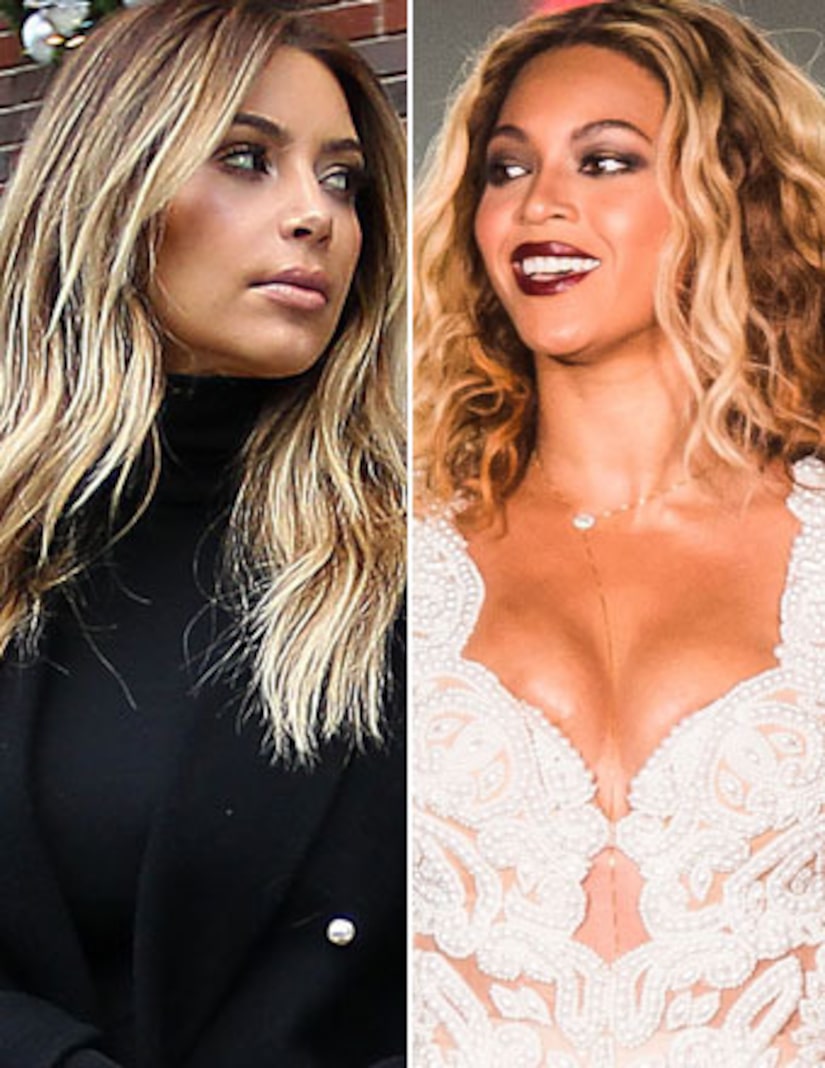 Kim Kardashian had a big year! Between the tabloid frenzy over her pregnancy weight, divorce drama, baby news and fairytale proposal from Kanye West, it was hard keeping up. Yet, despite all of that, she wasn't the most searched celebrity in America!

This year, the honor goes to Beyoncé, says Bing. She sang at President Obama's inauguration (where she was accused of lip syncing), reunited with Destiny's Child, performed at the Super Bowl, won another Grammy and released an HBO documentary about her life.

There was also that time a shirtless audience member pulled her off the stage during a concert, and the incident in which her hair got caught in fan, and there were forays with her rarely seen baby girl, Blue Ivy.

Rihanna, Taylor Swift and Madonna earned the third, fourth and fifth spots, respectively. The only men on the list were Justin Bieber and President Obama.