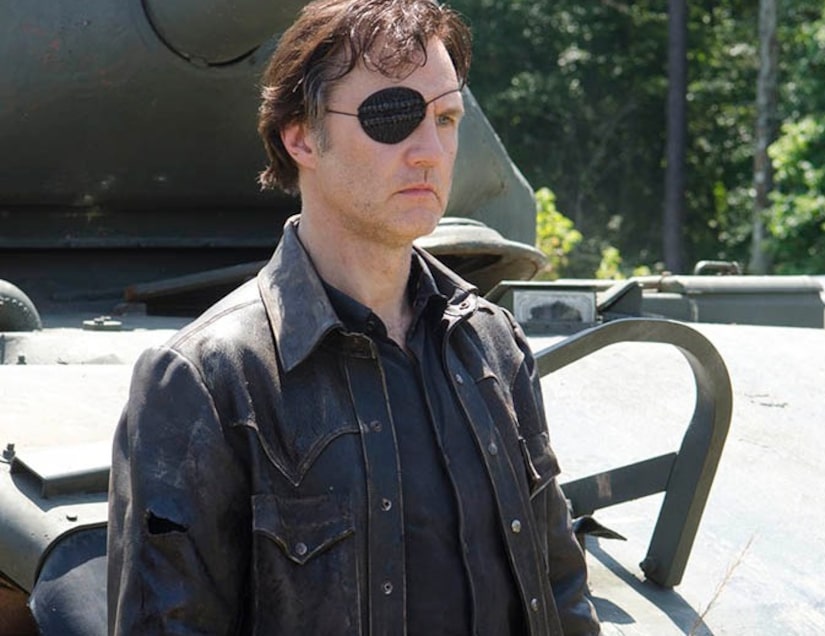 It was a bloody showdown on the mid-season finale of “The Walking Dead,” and we said goodbye to a few of the key players.

In the episode “Too Far Gone,” the for-sure-still-evil Governor convinces his newfound camp that they have to storm the prison and take it over if they want to find some place safe. Even if it means killing a few of the “bad” people, as the big G calls them. Oh, and he also captured Michonne and Hershel as collateral.

The Gov and his new army show up -- with a tank -- and demand that Rick and the rest leave the prison, carting out Michonne and Hershel to show they mean business. Rick tries to talk some sense into G, saying that they can all live together in the compound. It looks like the Governor might agree for a second, but then he chops Hershel's head off with Michonne's sword. That's when all hell breaks loose, and the shooting begins.

Who makes it out alive? Not the Governor, thank god. Rick attacks him the minute shots are fired, and the two begin to pummel one another. G gets the upper hand and just as he's about to choke Rick to death, Michonne runs the Governor through with her sword.

Guess who finishes him off? That would be Lilly. She and Meagan stayed behind, to stay “safe,” but the little girl is bitten by a walker, so Lilly shows up, carrying Meagan in her arms. The Governor sees them, cradles Meagan for a moment, and then shoots her in the head. Later, as the Gov lies dying in the grass, Lilly returns the favor.

What will happen to Lilly and her sister Tara? They both make it… will they follow the good guys? 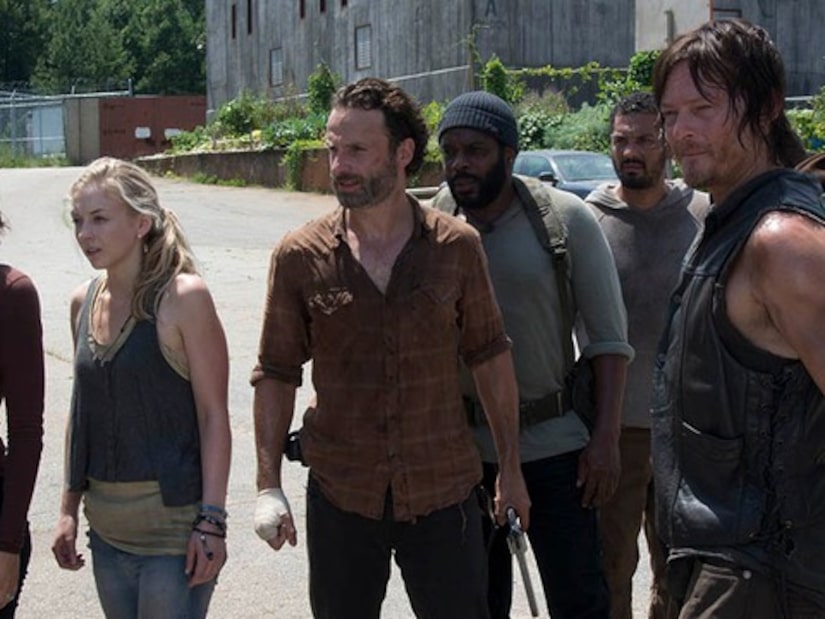 What about the rest? The prison group has splintered off. Glenn gets away on the bus; Maggie ends up escaping with Sasha and Bob. Beth runs off with Daryl, while Tyreese escapes with the kids. Let's hope there's a prearranged meeting point.

What happened to baby Judith? Rick and Carl reunite, but when they look for Judith, all they find is her bloody car seat. They assume the worse, but the baby girl was last seen with the other kids, so…

Will one of the splinter groups meet up with Carol? Daryl is peeved at Rick for banishing her, but he seems to understand. Still, that doesn't mean he won't bump into her now that he's also on the run.

Finally, who keeps skinning animals and feeding rats to the zombies? Before the melee, Tyreese shows Rick and Daryl what looks like a gutted squirrel of some kind and thinks, along with the rats, there's a psychopath in their midst.

It's a bummer we have to wait a few more months for the second half of “The Walking Dead.”