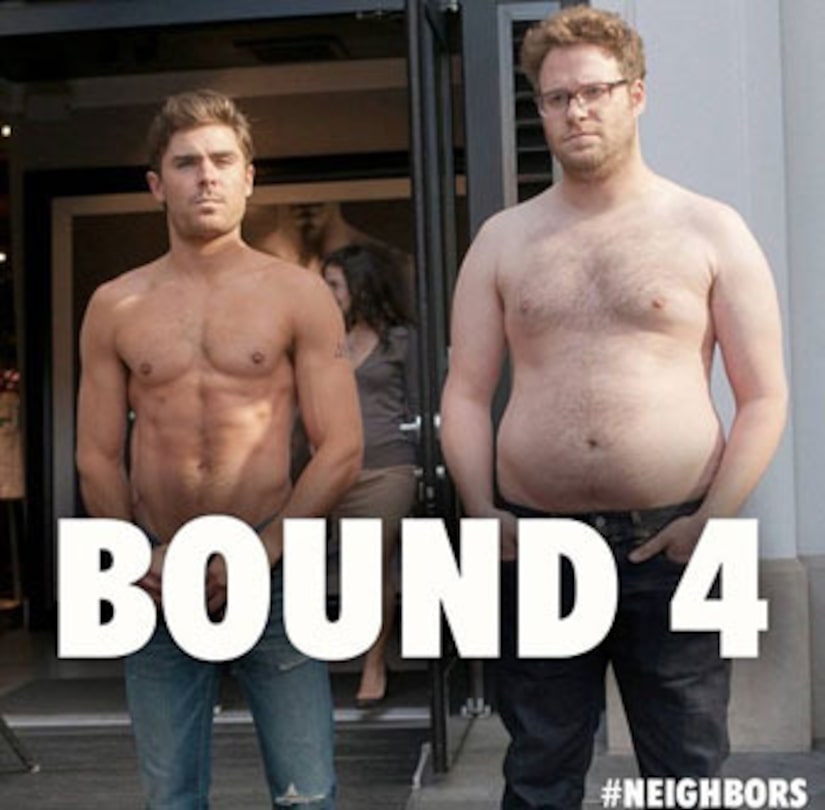 Actors Seth Rogen and James Franco had a field day with Kanye West and Kim Kardashian's “Bound 2” video. Now, Zac Efron wants in on the action.

As a follow up to Rogen and Franco's shot-for-shot parody of Kimye's joyride dubbed "Bound 3" (which Kim loved by the way), Seth and “Neighbors” co-star Zac are now teasing “Bound 4.”

Efron posted a shirtless pic of the duo on Instagram along with the caption, “Whether you're a #KanyeWest﻿ fan or not, fans are #Bound2 get a kick out of this new still from #ZacEfron and #SethRogen's film #NeighborsMovie Check out all the neighborly shenanigans when the comedy hits theaters next May! #uhhuhhoney (sic)”

We can only hope there is another parody video on the way!