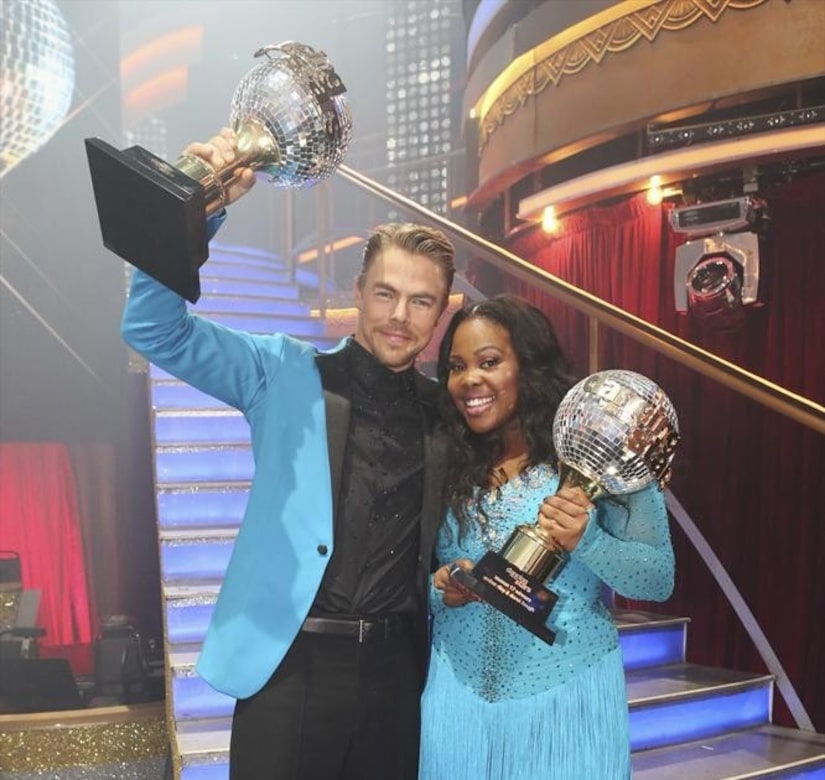 “Glee” star Amber Riley and partner Derek Hough were crowned the Season 17 winners of “Dancing with the Stars,” as the season’s past contestants showed up for some more fun.

Then the final three performed their fusion dances. Jack Osbourne came in third place, saying, "I've learned that I'm definitely not a better dancer than my sister. We are now tied," he said, adding, "I've learned that if you just dive in and you have a great teacher, it is possible to become a ballroom dancer."

Corbin Bleu graciously took second, telling the audience, "I thank God for this experience. I thank my family and my best partner in the world... I had a blast."

"Extra's" special correspondents and "Dancing with the Stars" team Leah Remini and Tony Dovolani interviewed the show's cast after the finale and things got a little out of hand. Leah kissed Peta Murgatroyd, and told a raunchy story involving Elizabeth Berkley.