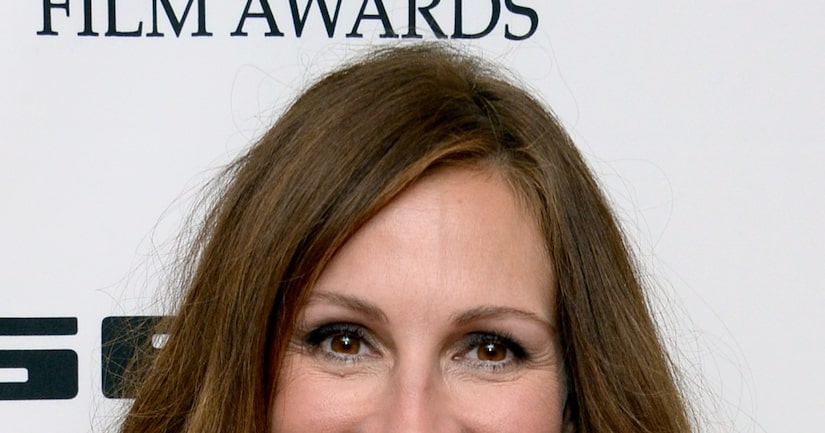 “Extra’s” Jerry Penacoli sat down with Julia Roberts to talk about her new drama, “August: Osage County,” and being consumed by her role as Meryl Streep’s daughter.

Roberts said of their roles, “It definitely had its moments of feeling correct and great, but these are people in damaged, dark places. There were times I certainly felt so much empathy, then you’d just have to push it away so you could keep driving that bitterness.”

Roberts also talked about Streep’s performance as a mother who has mentally terrorized her family for years. “I mean Meryl… she’s like a surgeon in this movie, just her cruelty is so exacting. It’s astounding.”

Julia admitted it was daunting at times to be working with the multiple Oscar winner. “I would start the morning with a pinch and then you have to put all that aside. It was such a heavy workload that you don't have time to be like, ‘Wow, look what I'm doing…. look who I'm with!’”

The actress revealed she never worked as hard on a movie. “You get home and you think, ‘Oh my god, that was exhausting! Okay, I have to be at Meryl’s in 15 minutes to start rehearsing for tomorrow…’ You know, it was relentless in the best way.”

While there is a lot of dysfunction in the film's mother/daughter drama, Julia says that she is close to her mother. “My mom is incredibly sweet… I see her almost every day. The nice thing about growing up and having kids is now they have a relationship with her, and I get to relive my whole life with her through them.”

Roberts also discussed her Thanksgiving plans, saying she’ll be cooking the whole meal, with one caveat. “Here’s the thing, I have one child who doesn’t like turkey, so I am currently trying to figure out what would be a good centerpiece of the meal for him.”