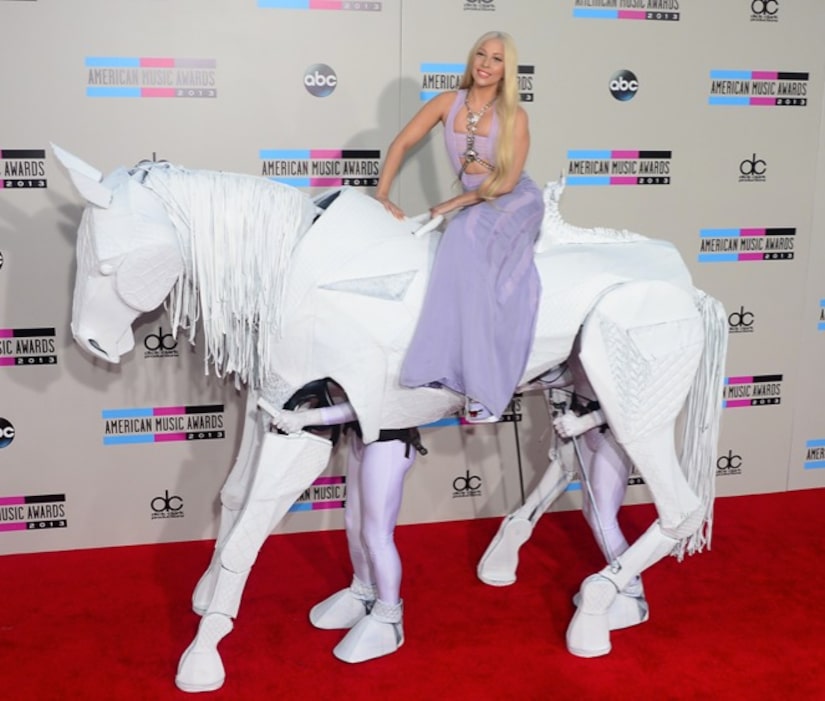 Pop star Lady Gaga, known for her grand entrances, didn't disappoint at the 2013 American Music Awards, riding in on a human-powered horse.

Gaga called her entrance a nod to the Studio 54 days, where Bianca Jagger famously arrived on a white horse in 1974 on her birthday.

The "Applause" singer's AMAs performance was "American-themed" and included a R. Kelly cameo, who she recently performed with on "SNL."