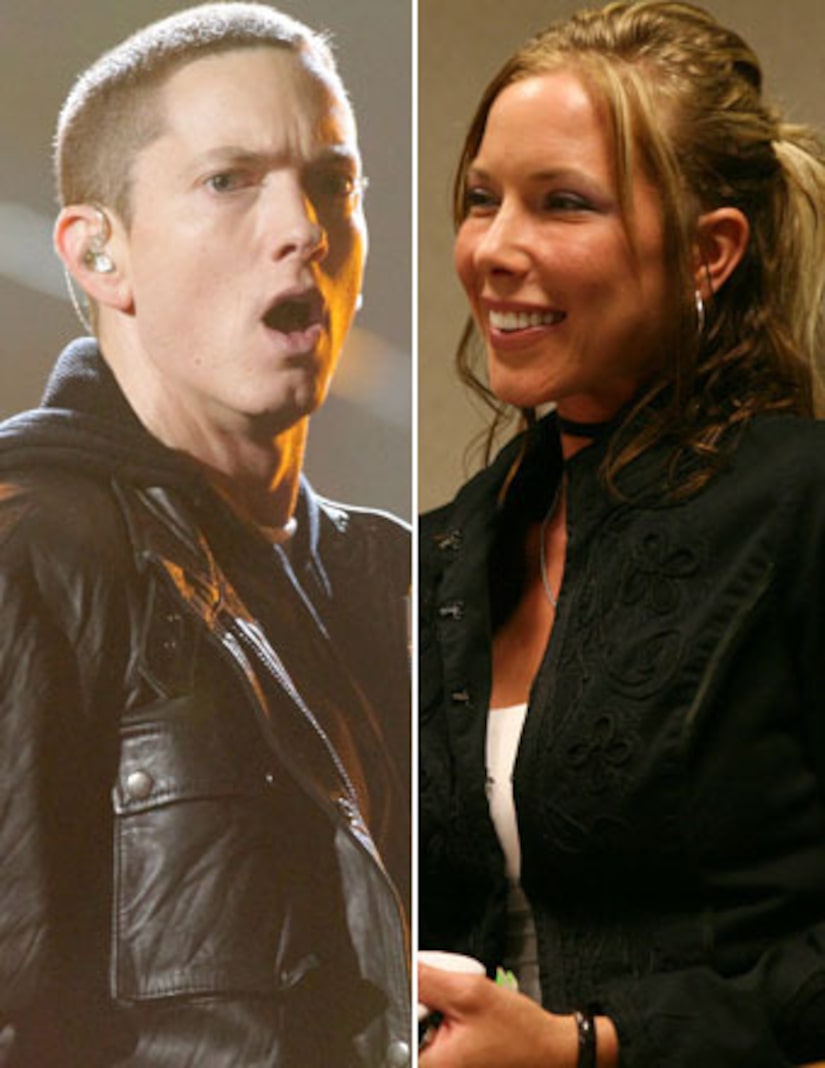 They've been married twice and share custody of three children, so we wouldn't be all that surprised if Eminem and Kim Mathers were back together… even after all that baby mama drama.

Fans went berzerk when Kim's mom, Kathy Sluck, told Radar that the former couple is still in love, but a closer look at the interview reveals that they aren't actually romantically involved.

Sluck revealed they see each other “all the time” and that they “get along better than ever,” but she insisted, “As far as I know they're not together, but I think your first love… they're always going to have that tumultuous back and forth thing going — always. They've been in love since they were 14 or 15 and that's not going to stop anytime soon.”

After the news hit, a rep for Em's Shady Records told the Detroit Free Press, “Marshall and Kim continue to maintain a great friendship and share in the parenting of their family.”

The abbreviated history of their relationship goes something like this: Eminem and Kim began dating in high school in 1989. They welcomed their daughter Hailie in 1995 and wed in 1999.

They divorced in 2001, only to remarry in January 2006. The second marriage only lasted a few months, and the second divorce was finalized by December the same year.

While Em has one biological daughter, he shares custody of Kim's daughter Whitney and his ex's niece Alaina.