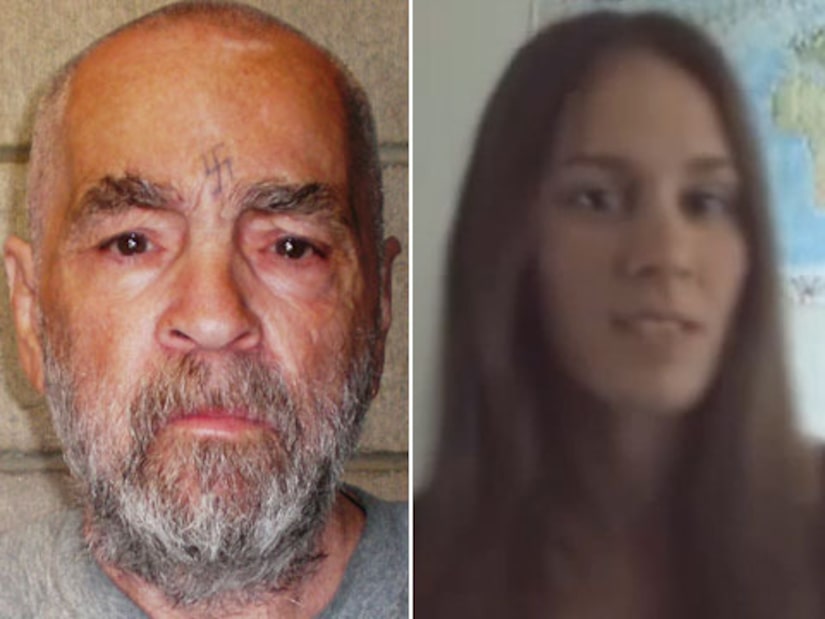 It's the most disturbing couples story of the day… Charles Manson, 79, is getting married to a 25-year-old hottie named “Star.” What's even creepier? She looks just like late Manson family member Susan Atkins.

The wedding news comes courtesy of Rolling Stone, who spoke with the happy pair. “I'll tell you straight up, Charlie and I are going to get married,” said the bride-to-be.

Star sounds like a catch for any senior citizen serial killer… the mag says she “comes from a town on the Mississippi River, was raised a Baptist, keeps a tidy home, is a prim dresser, has a fun sense of humor.”

Charlie's girlfriend, who lives near Corcoran State Prison where he is serving a life sentence, gives him a kiss at the beginning and end of each visit, and even carved an X into her forehead in support of her man. He had one too, until he made it into a swastika. See pics of the couple here.

Says the bride, “People can think I'm crazy. But they don't know. This is what's right for me. This is what I was born for.”

Manson has been imprisoned for nearly 45 years for his involvement in a series of 1969 slayings, which included starlet Sharon Tate, who was expecting a child with director husband Roman Polanski.