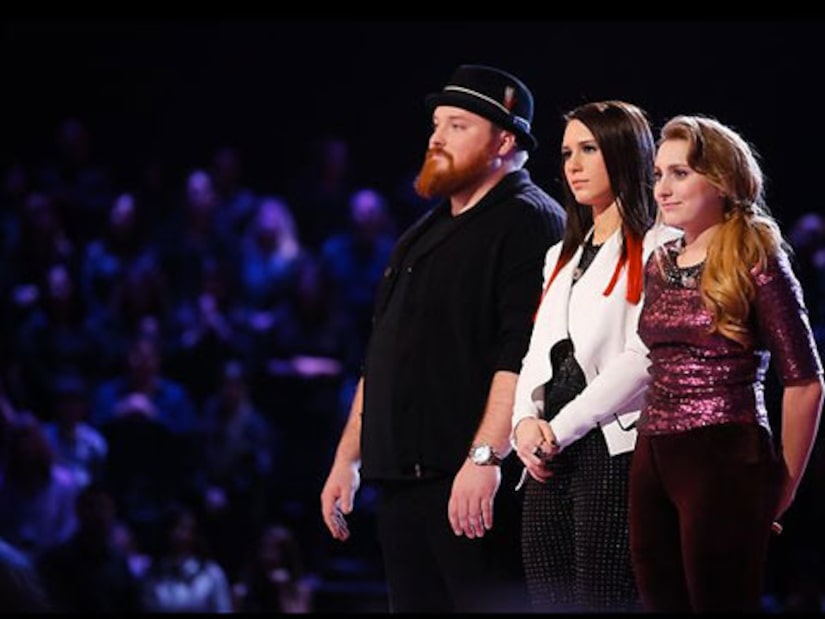 It was a sad night on the “The Voice” results show as America said goodbye to rocker Kat Robichaud and country crooner Austin Jenckes.

We talked to the eliminated contestants backstage and got the scoop on what they loved the most about the show, and what they have lined up for the future.

Kat, from team Cee Lo Green, got emotional, recalling Adam Levine labeling her a “real rock star,” Christina giving her a standing ovation and calling her a tiger, and Cee Lo telling her how proud he is of her.

The no apologies singer, who often shocked with her “Katitude,” said she doesn't know what's in store. So far, the plan was to jump a plane to New York to take some meetings.

“All I want is to be able to go on a tour where I'm playing to several hundred people a night and I'm playing my music, and they are excited and the energy is good.”

Robichaud is also planning to cut an album; she already has two songs on iTunes called “Young America” and “Laziest Perfectionist.”

Austin, from team Blake, said the memories are what get him all choked up and make the experience so bittersweet. In fact, it was his team that was on his mind when he stood on the chopping block waiting for the results.

“Ray [Boudreaux] and I, were roommates and we've talked these scenarios out over a million times… so I think he knows where I'm at.”

Jenckes added, “Cole [Vosbury] -- I was continually trying to build him up, especially in the last couple weeks. He's hitting his stride as an artist on the show and I'm such a huge fan of his… I just didn't want him to over-think it, because at the end of the day we are all going to go on and do great things.”

What's next? His tour from Seattle to L.A. kicks off on January 9! Get all the details here.