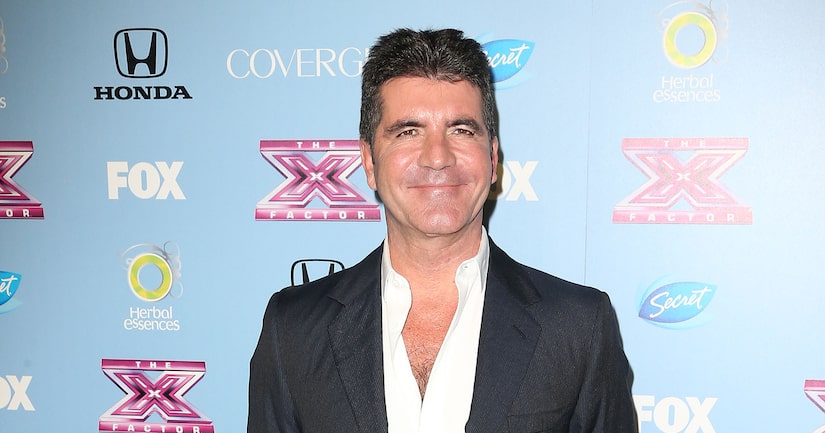 Simon Cowell sat down with “Extra’s” Terri Seymour at the debut of the Jaguar F-Type Coupe. Cowell set the record straight on recent rumors that he has been looking for a ring to propose to Lauren Silverman.

Simon’s response, “No… I haven’t been ring shopping.”

Cowell has, however, been spending time getting to know Silverman’s family. He was spotted in Miami last week with Lauren’s father. Simon explained, “I've met him before. He was a cool guy. We got on really well.”

Simon’s businesses are also doing really well. He just signed a huge deal with ITV to keep “The X Factor” and "Britain's Got Talent" on the air in Britain for another three years. “It’s great they've shown confidence in both shows, so it’s good.”

Simon also said at some point he would go back and do “The X Factor” in the UK. “It’s my baby.”

Cowell’s other baby, the boys of One Direction, are set to appear on the U.S. “The X Factor” on Thursday. “I always love having them on the show… it’s good for the other competitors to see how well they’ve done. It’s kind of like inspiration.”