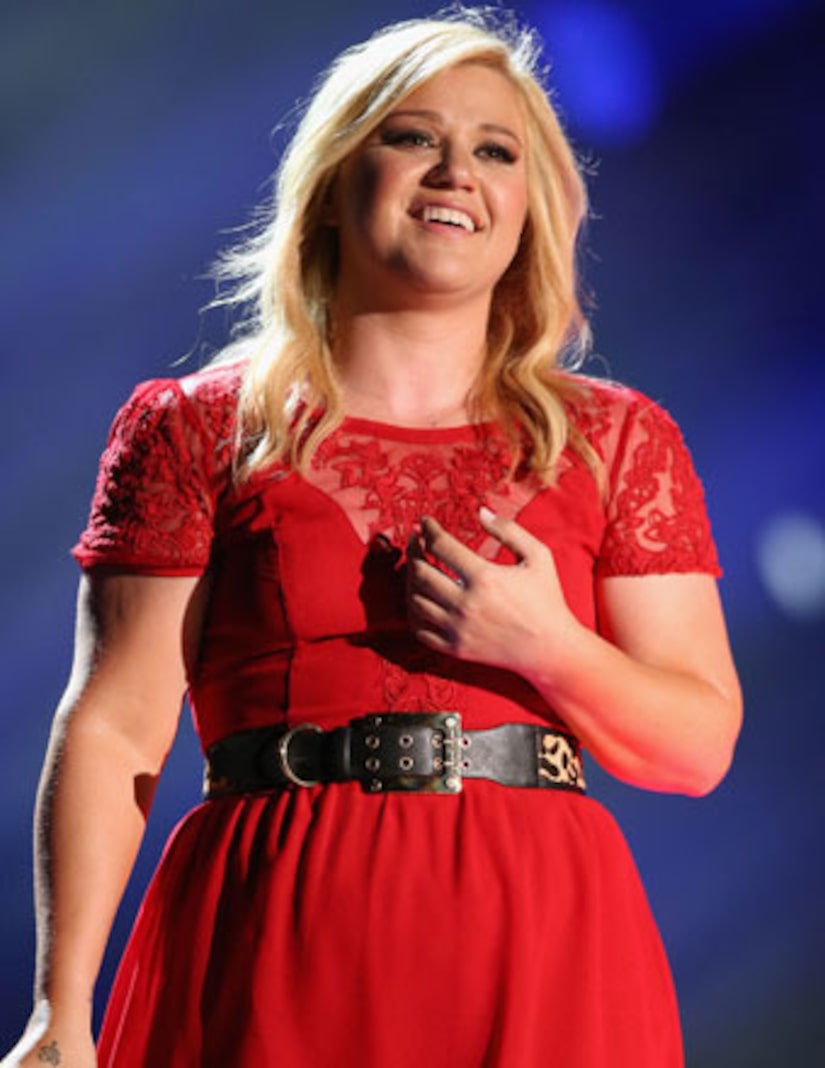 Kelly Clarkson's pregnancy made headlines on Tuesday, but she's not the only star expecting a stork delivery in 2014. The Hollywood baby boom continues with four more stars announcing they have little ones on the way too!

Kelly, who wed Brandon Blackstock last month, tweeted, "I'm pregnant!!! Brandon and I are so excited! Best early Christmas present ever :)" Click here for all the details on Kelly's pregnancy.

Who else is joining the celebrity bump watch? “Once Upon a Time” star Ginnifer Goodwin is expecting her first child with on and off screen Prince Charming Josh Dallas! The engaged couple is playing it close to the vest, says Eonline.com. So far they haven't revealed the baby's gender or due date.

"Thor" star Chris Hemsworth and wife Elsa Patakay are in baby mode too. The couple confirmed the news to Us Weekly on Wednesday. The tiny marvel will be a little brother or sister to the couple's 18-month-old daughter India Rose.

It will be a real life party of five for Scott Wolf! The actor and wife Kelley Limp will welcome their third child together in May, says Daily Mail. The happy couple is already parents to Jackson, 4, and Miller, 1.

That's not all… “Lost” star Josh Holloway will be a dad again, too! The 44-year-old is expecting a baby with wife Yessica, reports People. The couple welcomed daughter Java in 2009.