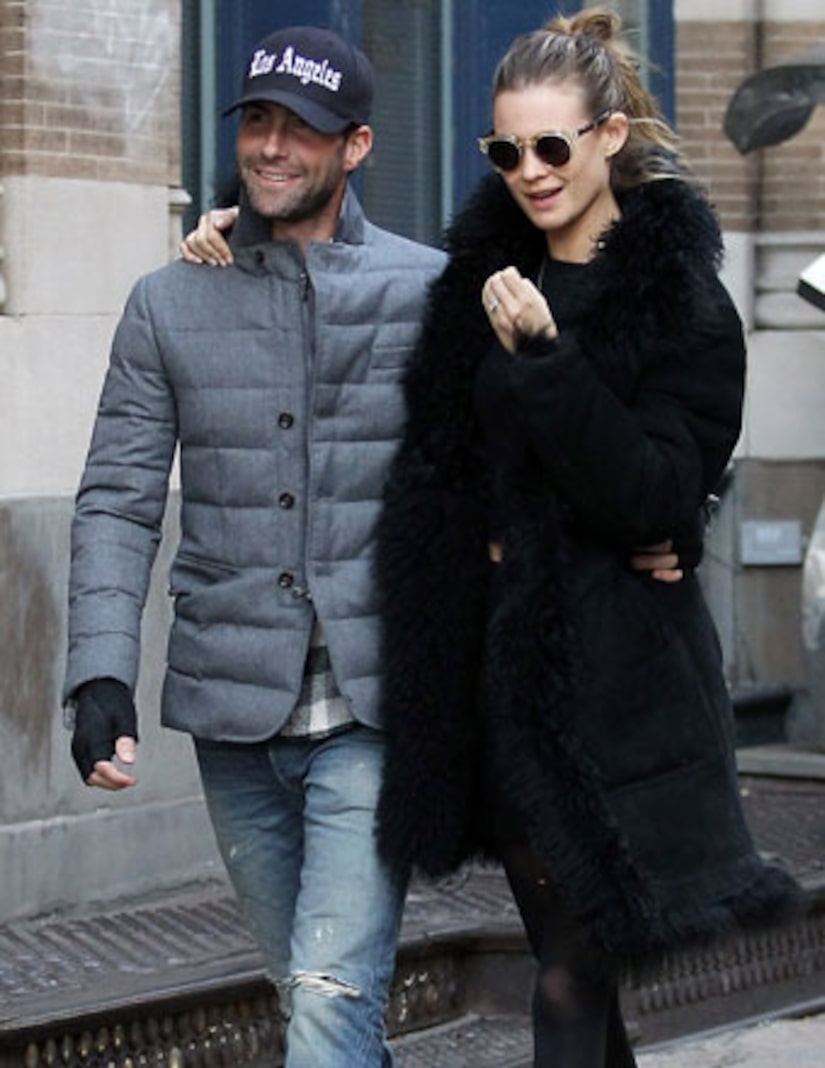 To keep People’s Sexiest Man Alive title from going to his head, Adam Levine needs his friends and fiancée Behati Prinsloo to keep telling him how “unsexy” he is!

Adam explained to “Extra,” “I’m going to be receiving a lot of crap for awhile. Your real friends, and fiancée, they wouldn’t be doing you a service if they played into it. They have to constantly let you know how unsexy you are, which will be happening quite a bit.”

Carson Daly made the official Sexiest Man Alive announcement during Tuesday night’s live “Voice” episode. After the show he joked, “Ask him if he had this honor five years ago if it would have been a better card to play. Any of us would appreciate that honor when you’re single. Oh God, you get it when you’re married [or engaged] and you’re like, 'thanks a lot.'”

Levine didn’t agree. He asked, “Why is everyone so hung up on being engaged? I think it is awesome.”

The Maroon 5 singer proposed to Behati, a Victoria’s Secret Angel, in July.