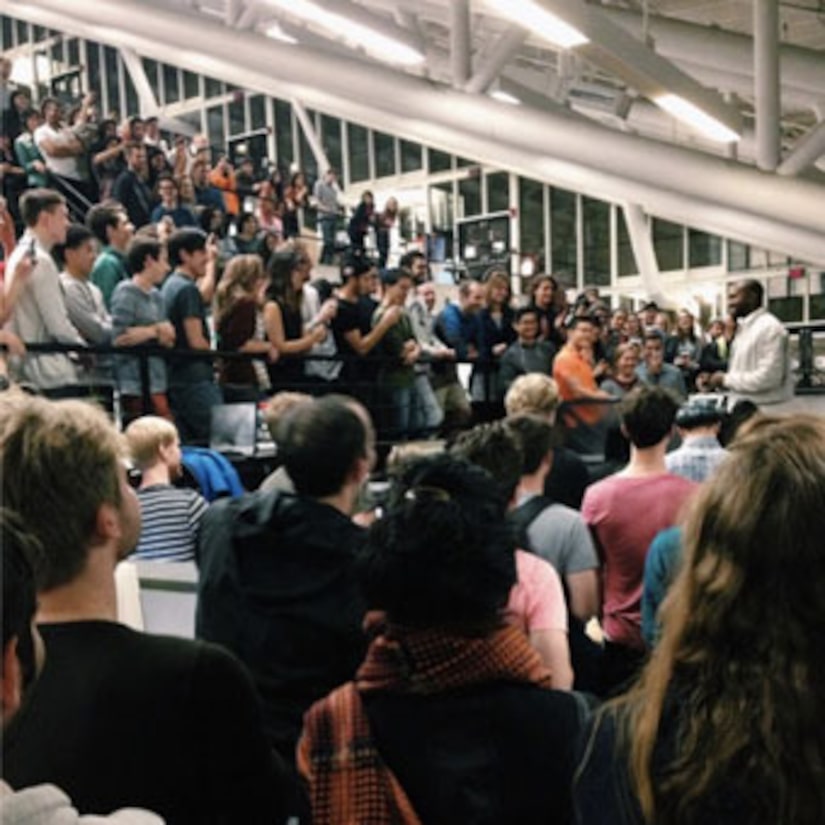 Self-declared creative genius Kanye West gave a lecture at Harvard on Sunday! Watch the video below!

West was in town on his Yeezus tour, and carved out some time for the speaking engagement at Harvard's Graduate School of Design in Boston before the show.

The rapper was all smiles as he invited the architects to his concert and spoke about the importance of design. "I just wanted to tell you guys that I really do believe the world can be saved through design."

He even got a little political at one point, telling the students, "I think utopia is actually possible, but we are led by the least noble, the least dignified, the least tasteful, the dumbest and the most political."

Fiancée Kim Kardashian shared a pic from the event on Instagram, writing, "My baby speaking at the Harvard Graduate School of Design.”

West dropped out of Chicago State University –- where his late mother was a professor -– to pursue his music career.