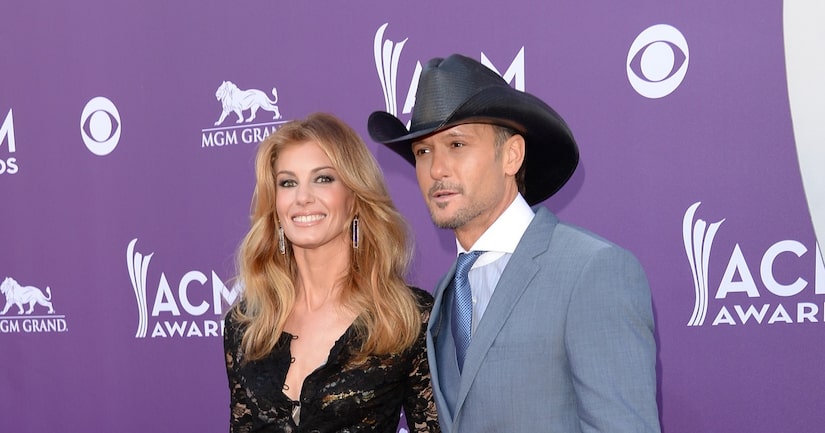 Country superstars Tim McGraw and Faith Hill are not getting divorced. Period.

Talking with the couple after a performance of their hit Las Vegas show at the Venetian, Hill insisted to People.com that they are "absolutely not" splitting up, despite persistent rumors. Hill, 46, said, "It's perplexing. I don't know why 'happy' can't be a story."

The couple held hands and joked about the tabloid stories. "We've been married 17 years, and since the first week we were married those things were out," McGraw, 46, said. "We don't even think about it. The only time we ever think about it is [when we] worry about the kids. But they've been around it, too, so they laugh it off."

McGraw and Hill are more concerned about their three daughters' busy schedules, including 16-year-old Gracie. Hill remarked, "I don't recall in high school ever being so busy.” They are also parents to Maggie, 14, and Audrey, 11.