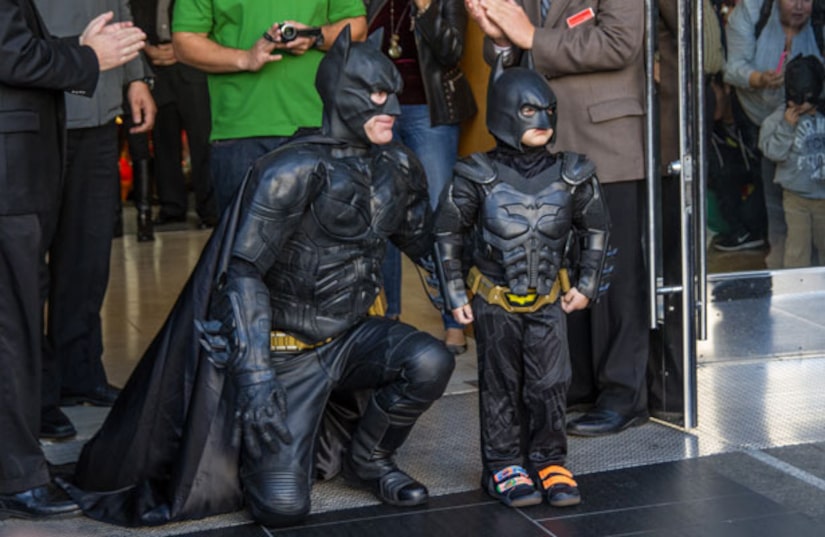 As the nation followed the adventures of Miles Scott aka Batkid on Friday in San Francisco, so did the actors who once played the caped crusader!

Christian Bale told "Extra" that he thought Miles was “fantastic,” adding, “It’s a wonderful thing Make-A-Wish did and San Francisco and everybody getting involved."

Bale, who played the famous comic book character in the “Dark Knight” trilogy, hoped the 5-year-old would be "delighted by" the day. Bale smiled, "It’s something he can look back on for years to come and just be amazed.”

Ben Affleck, who will play Bruce Wayne in “Batman vs. Superman,” tweeted his support, calling Scott the "Best Batman ever."

“Batman Returns” star Michael Keaton told TMZ it was the “cutest thing in the world,” while Val Kilmer posted a message to Batkid on Facebook, "Just heard the riddler is robbing a bank in the financial district. Hurry #sfbatkid."

Adam West, who starred in a Batman TV show in the 1960s, weighed in too, tweeting, "What a wonderful thing. Relieved that Gotham is safe again thanks to Miles."

The Make-a-Wish Foundation was behind Batkid’s special day, transforming the city by the bay into Gotham. Miles has been battling leukemia since he was 18 months old.