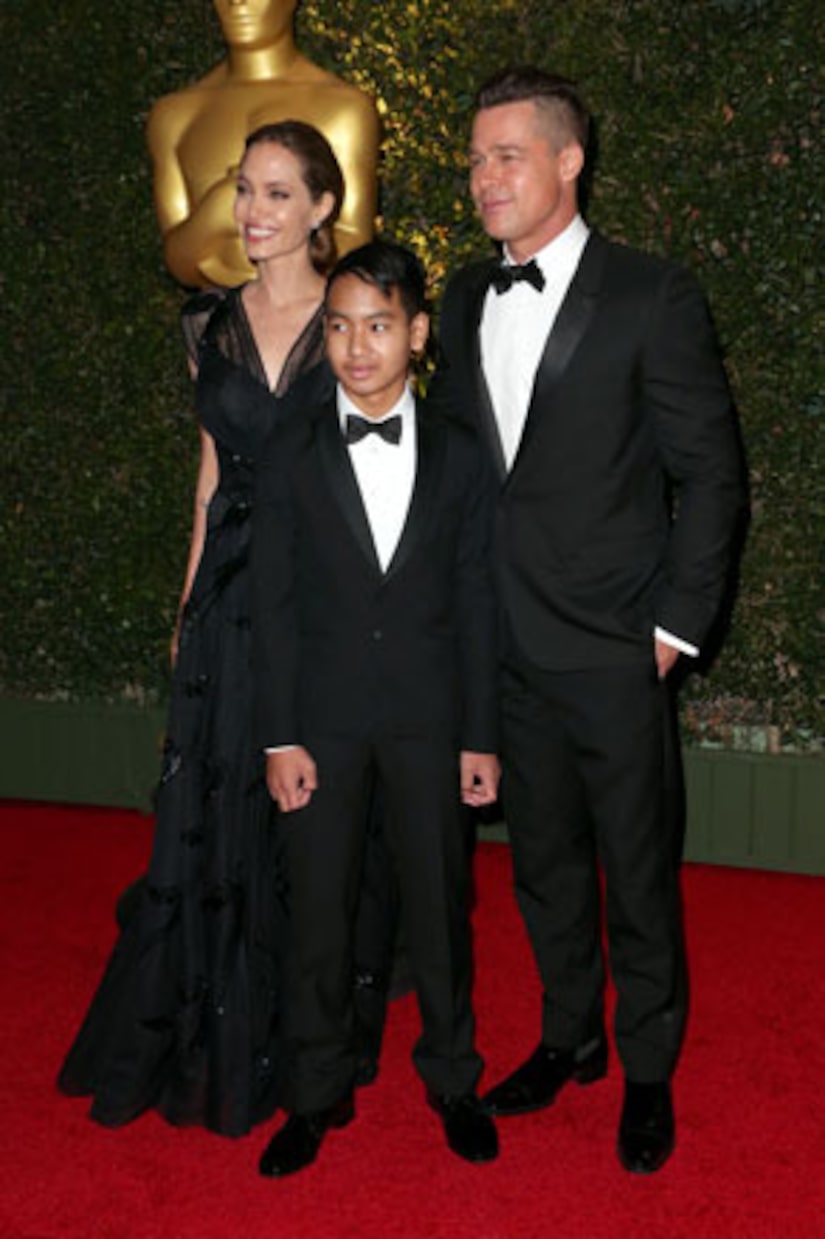 Angelina Jolie's emotional acceptance speech at the Governors Awards is a tearjerker. Watch the video!

On Saturday night, the Academy presented the 38-year-old with the Jean Hersholt Humanitarian Award, an honorary Oscar for her work around the world.

With fiancé Brad Pitt and son Maddox in the audience, she thanked them early on. Calling Pitt her “love,” and telling him his “support and guidance make everything that I do possible.”

Then she addressed her oldest son (who looked dashing in a tux!), saying, “Mad, I'm not going to cry. I promise, I won't embarrass you. You and your brothers and sisters are my happiness and there is no greater honor in this world than being your mom.”

Jolie didn't speak of her father, Jon Voight, who was in the audience, but praised her late mom Marcheline Bertrand for making her the woman she is today.

“Above all she was very clear that nothing would mean anything if I didn't live a life of use to others. I didn't know what that meant for a long time… it was only when I began to travel and look and live beyond my home that I understand my responsibility to others.”

Jolie choked up as she talked about the rape victims and refugees that she has met around the world, wondering why she was so blessed while others suffer.

She continued, “I will do as my mother asked, I will do the best I can with this life to be of use. To stand here today means that I did as she asked and if she were alive she would be very proud, so thank you for that.”