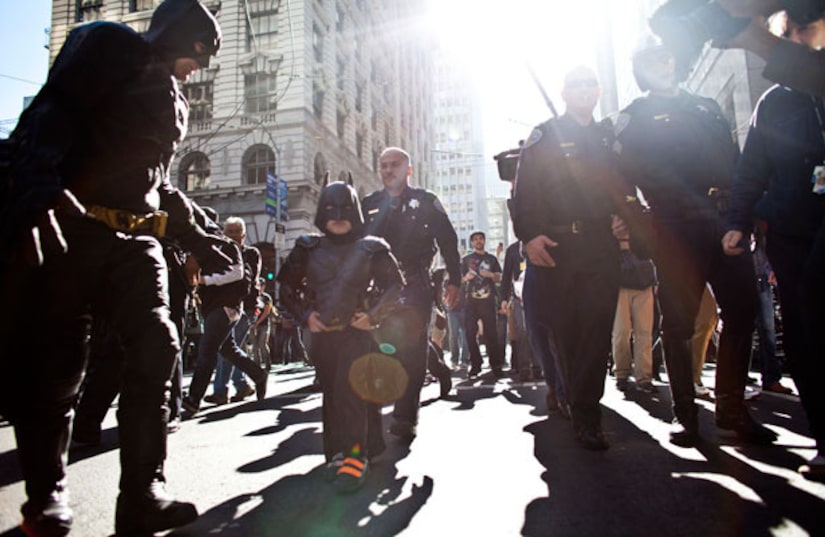 In case you missed it, Batkid was hard at work in Gotham City on Friday! Watch the video for a play-by-play of his adventures!

The mini caped crusader was actually Miles Scott, a 5-year-old boy battling leukemia, and Gotham was a transformed San Francisco.

The Make-a-Wish Foundation heard the little guy wanted to be Batman for a day and they made it happen.

Miles' story took the city and the Internet by storm. The L.A. Times reports that nearly 12,000 volunteers showed up to cheer him on. By late Friday, 230,000 tweets using #SFBatkid were sent, while 19,000 Instagram photos were posted.

Miles, dressed in the bat suit, hit the streets, fighting crime with a grown up Batman by his side. While cruising in a Lamborghini made to look like the Batmobile, he helped rescue a damsel in distress, arrest the Riddler and save the Giants mascot Lou Seal… all before receiving a key to the city!