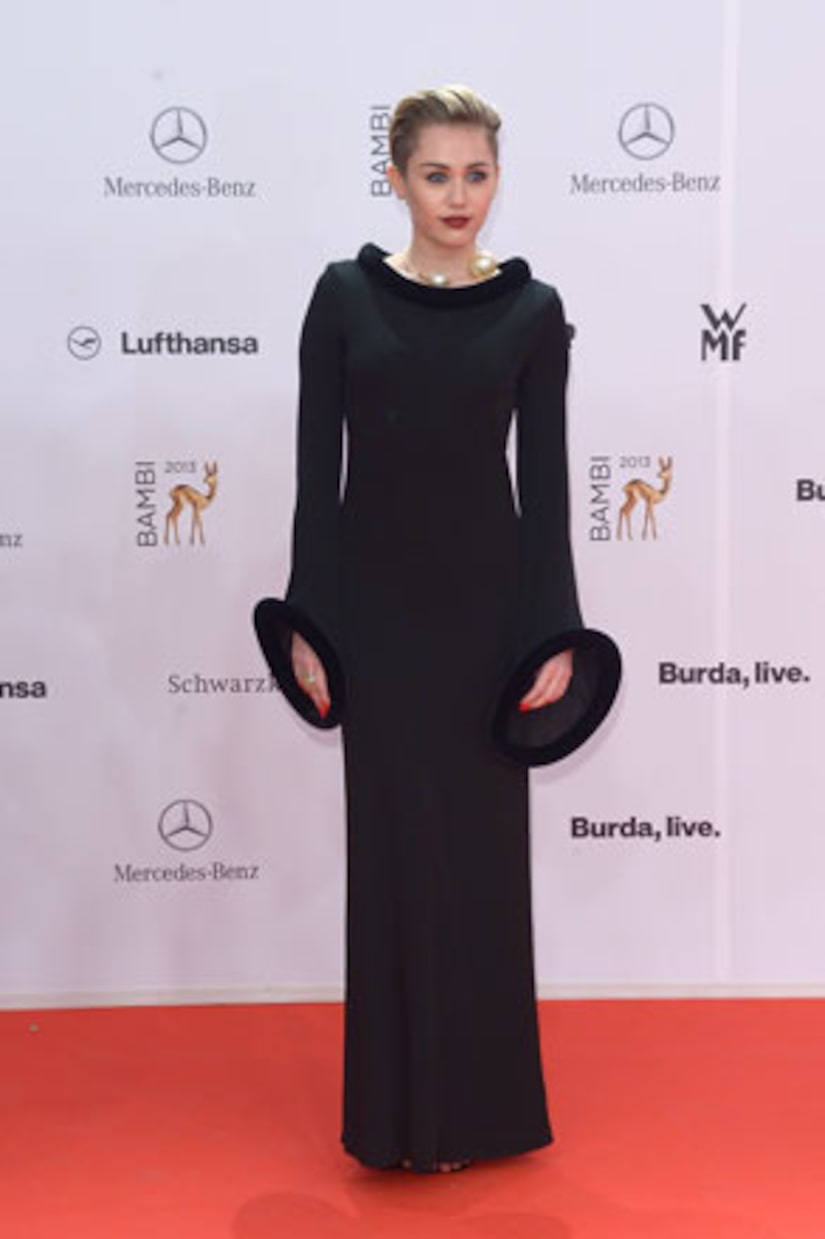 The temperature must be dropping Germany, if even Miley Cyrus is covering up. The singer skipped her skimpy style on the Bambi Awards red carpet, instead opting for what's being described as a “goth glam gown.” 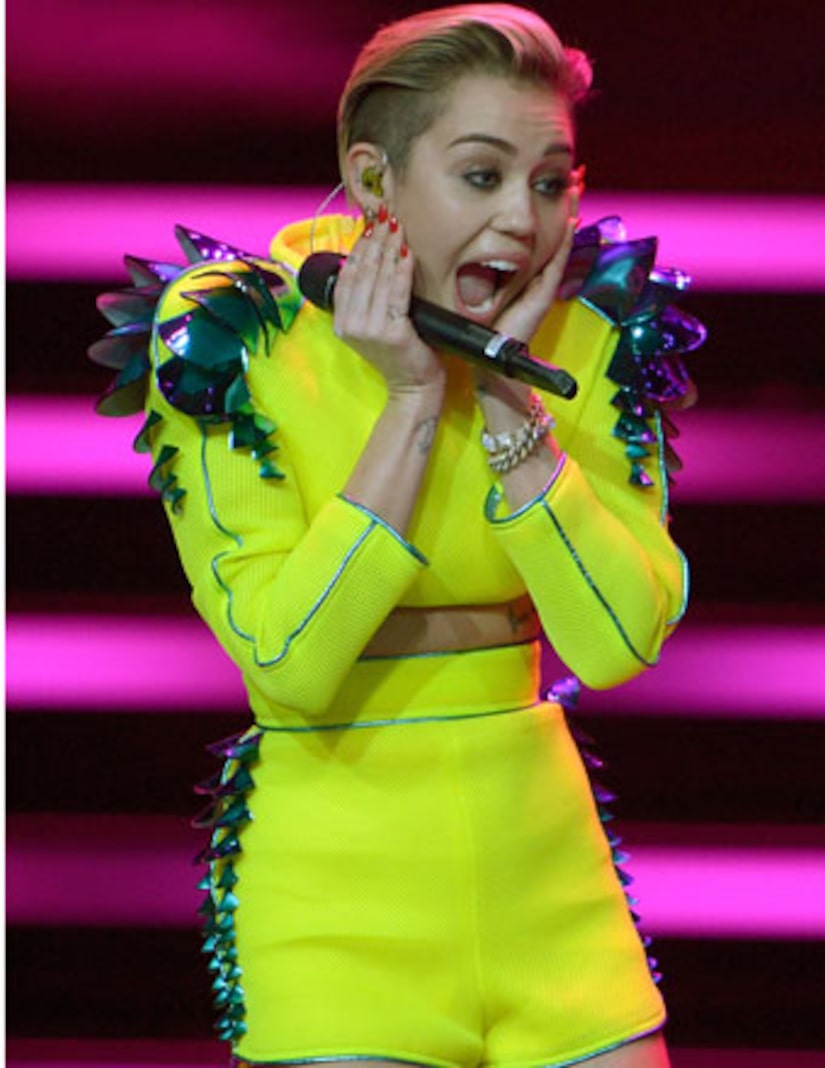 Behind the scenes, the 20-year-old had a little fun, posting a selfie with her tongue out. Some even speculate the pic was meant for her ex Liam Hemsworth! Earlier this week he was singing her praises telling "Extra," “I'm extremely happy for all her success.” 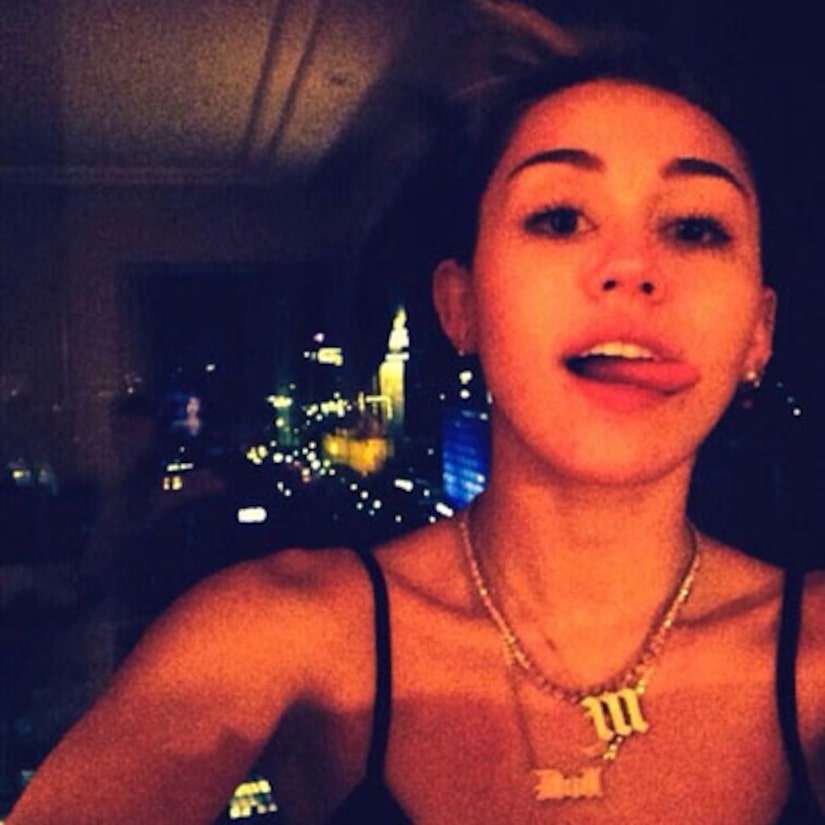 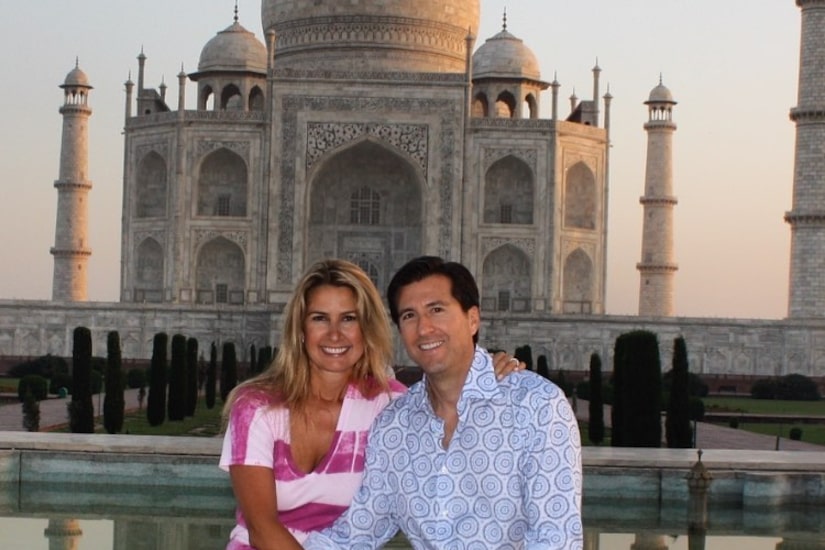