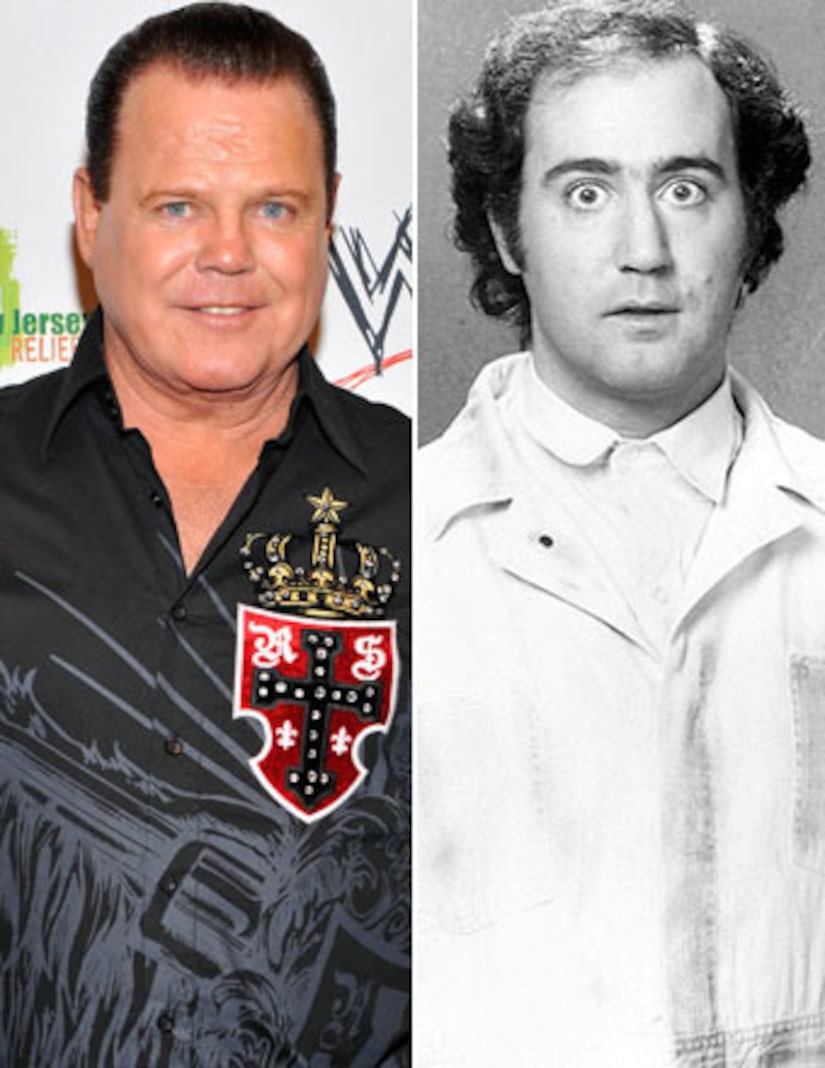 The longtime feud between WWE wrestler-turned-commentator Jerry Lawler and funnyman Andy Kaufman is back on… if the comedian is, in fact, still alive!

This week at the 9th Annual Andy Kaufman Awards in Hollywood, Andy's brother Michael and a woman claiming to be Andy's daughter, fueled longtime rumors that the star faked his own death.

Lawler told CNN, "I would like nothing better than to know that Andy was still alive and been with us all this time. But like anybody else, I really don't know any more than what I've heard."

He added, "It could be a great hoax in his honor, dreamed up by his friend Bob Zamuda and his brother, Michael. That would be something that would be in keeping with Andy's tradition, but who's to say. It could really be legit."

If Kaufman is alive? "We could rekindle the feud with no problem," Lawler said.

The “Taxi” star's official death certificate says he died of lung cancer in 1984, and his former girlfriend Lynne Margulies confirmed his death to TMZ, saying she was in the hospital room when he passed away.