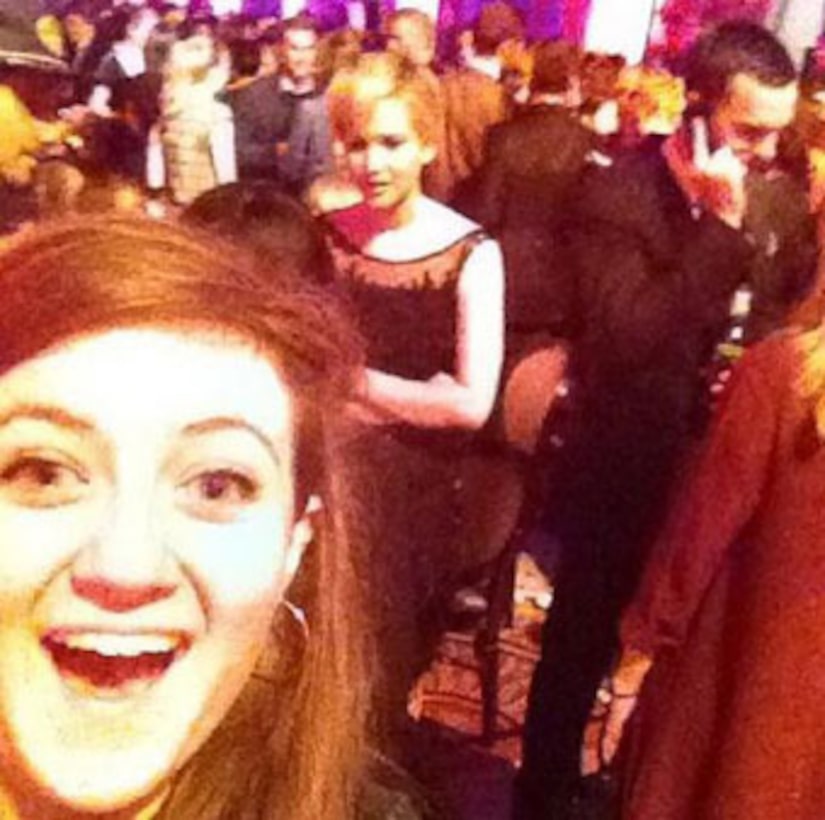 They didn't walk the red carpet together, but actress Jennifer Lawrence and BF Nicholas Hoult were spied side-by-side at “The Hunger Games: Catching Fire” London premiere after party... thanks to a fan selfie!

The couple rekindled their romance in July, but the two “X-Men” stars have rarely been spotted together since.

J.Law appeared solo on the red carpet, before secretly meeting up with Hoult for the bash afterward. In the photo, she appears to be chatting at the party, while he talks on the phone.

Nicholas' sister Rosanna Hoult was also there, tweeting, “On route to the Hunger Games London premiere. Excited! Wonder if we'll have to do a special task to get in, should have brought my bow and arrow in case!”

No word yet on whether Nicholas joined Jennifer for press stops in Berlin, Madrid and beyond.

The actors split during award season earlier this year, but reportedly got back together while filming “X-Men: Days of Future Past.”