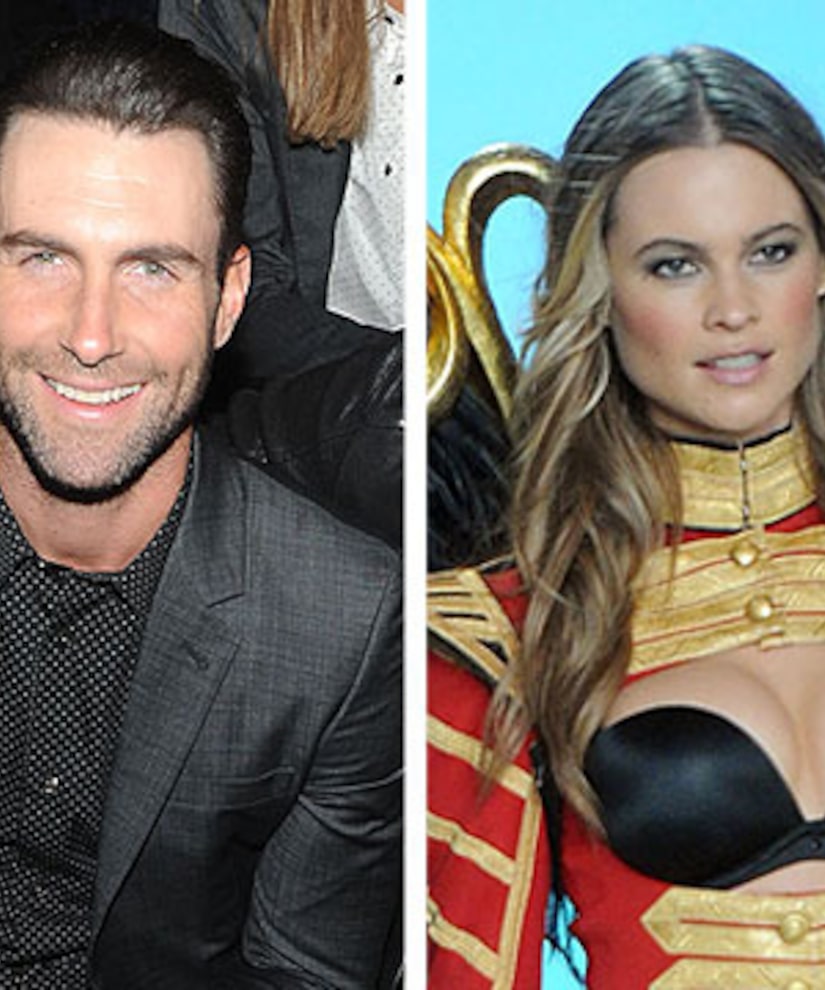 An eyewitness told UsWeekly.com that Levine and fellow Maroon 5 band members "stood and cheered for Behati when she walked by. He was a proud fiancée. They were the only group going really crazy for any model. Behati would look over and blow him a kiss."

Levine has been at this Victoria's Secret rodeo before. In 2011, he escorted ex-girlfriend Anne Vyalitsyna down the runway. The two split in 2012. The rocker then briefly dated Sports Illustrated model Nina Agdal. 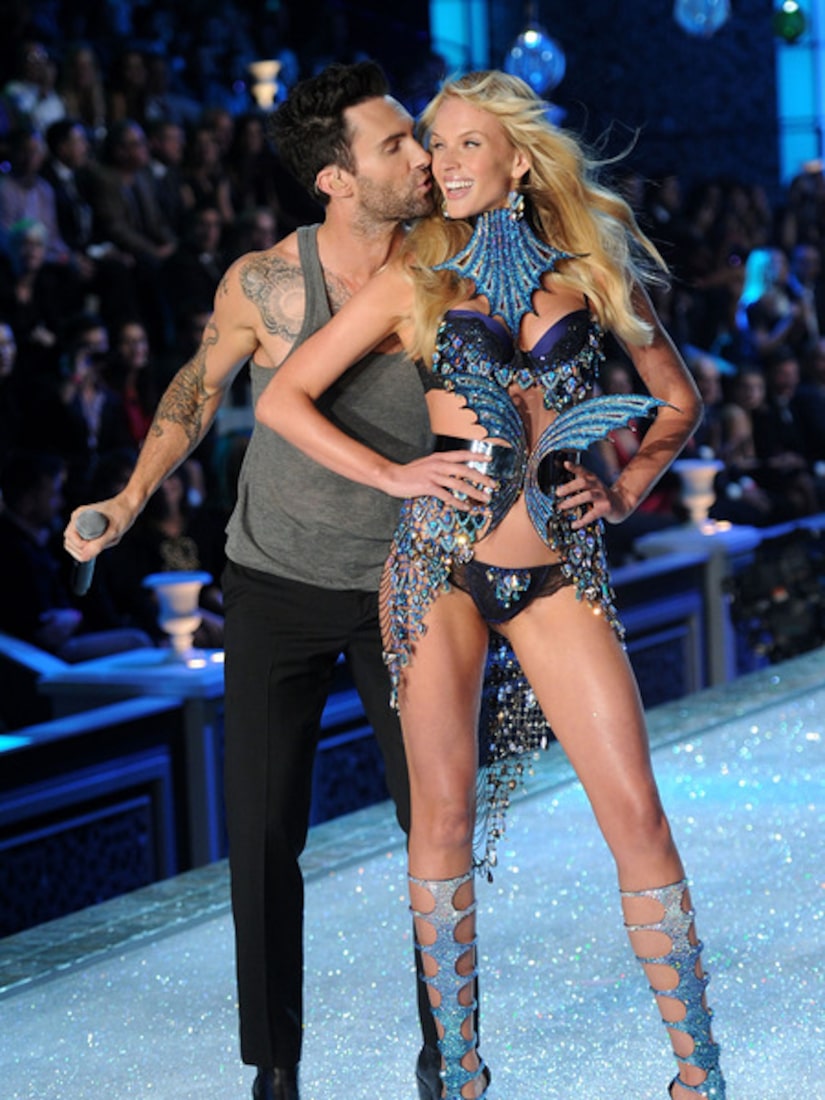 “The Voice” mentor, 34, became engaged to 24-year-old Prinsloo this summer.