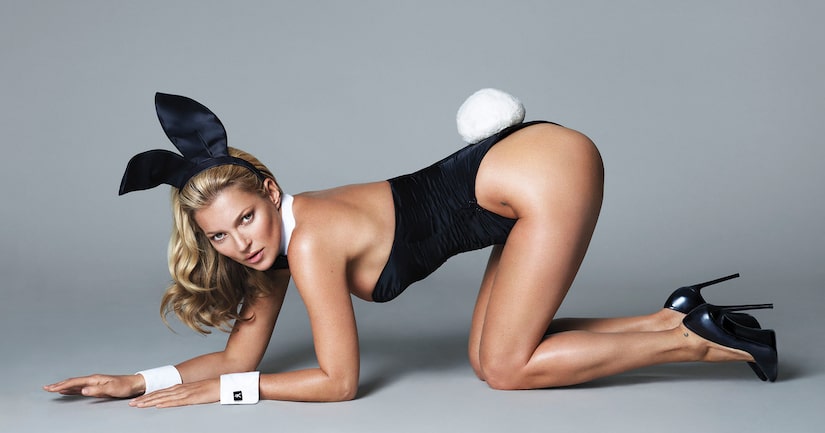 Supermodel Kate Moss isn't afraid to bare it all.

The British beauty, who turns 40 in January, will be featured in the Playboy magazine's 60th anniversary issue. This sneak-peek photo shows Moss, wearing Playboy's black bunny ears and a corset with a bushy white tail, a pair of French cuffs and black stiletto heels.

"She's a worldwide celebrity and iconic and crosses the boundaries from sexual imagery to upscale modeling," Playboy founder Hugh Hefner said. "It's a natural for us."