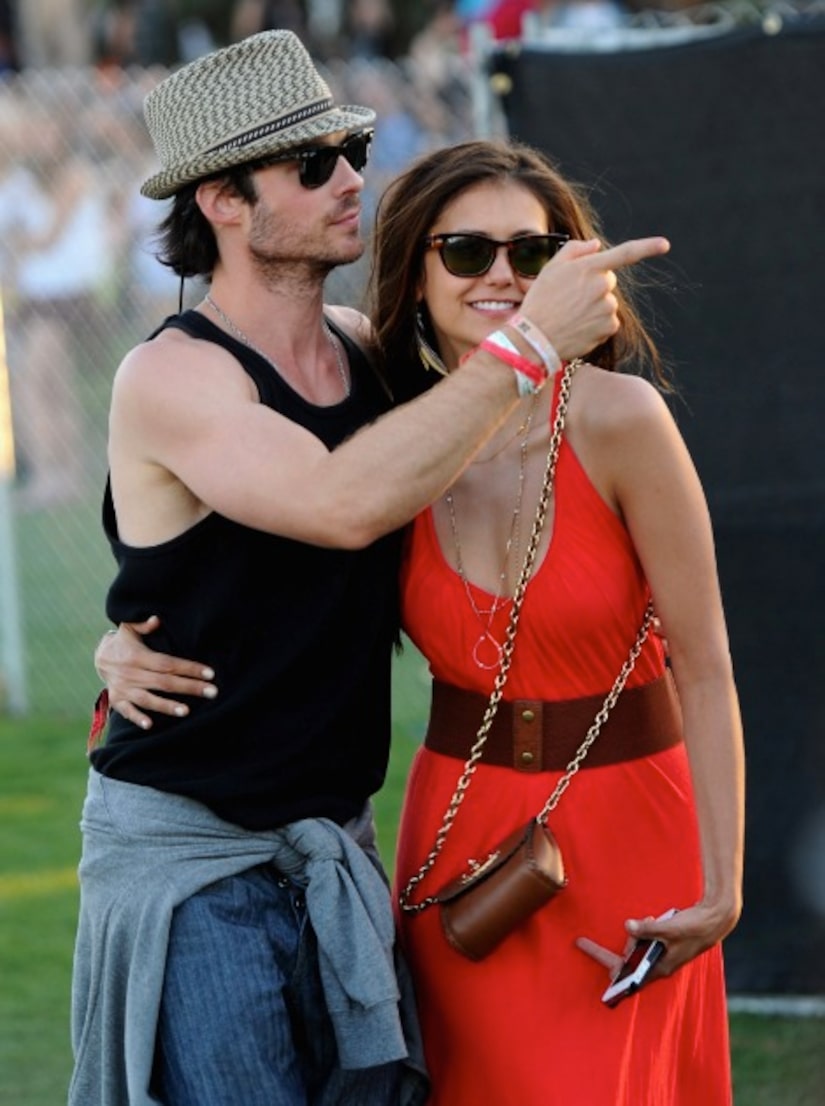 Is our favorite "Vampire Diaries" couple hot and heavy again? After ending their three-year relationship earlier this year, a source tells E! Online that Nina Dobrev and Ian Somerhalder are hooking up again!

The two were seen celebrating with the rest of the "Vampire Diaries" cast at their 100th episode party on Saturday, and they posed happily together on the red carpet.

Despite the split in May, the two have remained close friends and professional while filming the hit CW show. A source told E! that at the time they broke up, "there's no bad blood between them. There was no other person involved or any big fight."

Whether the real-life reconciliation rumors are true, Dobrev and Somerhalder's TV chemistry as "Vampire's" Elena and Damon earned them a People Choice Award nomination for Favorite On-Screen Chemistry!

Watch the cast dish about the 100th episode!