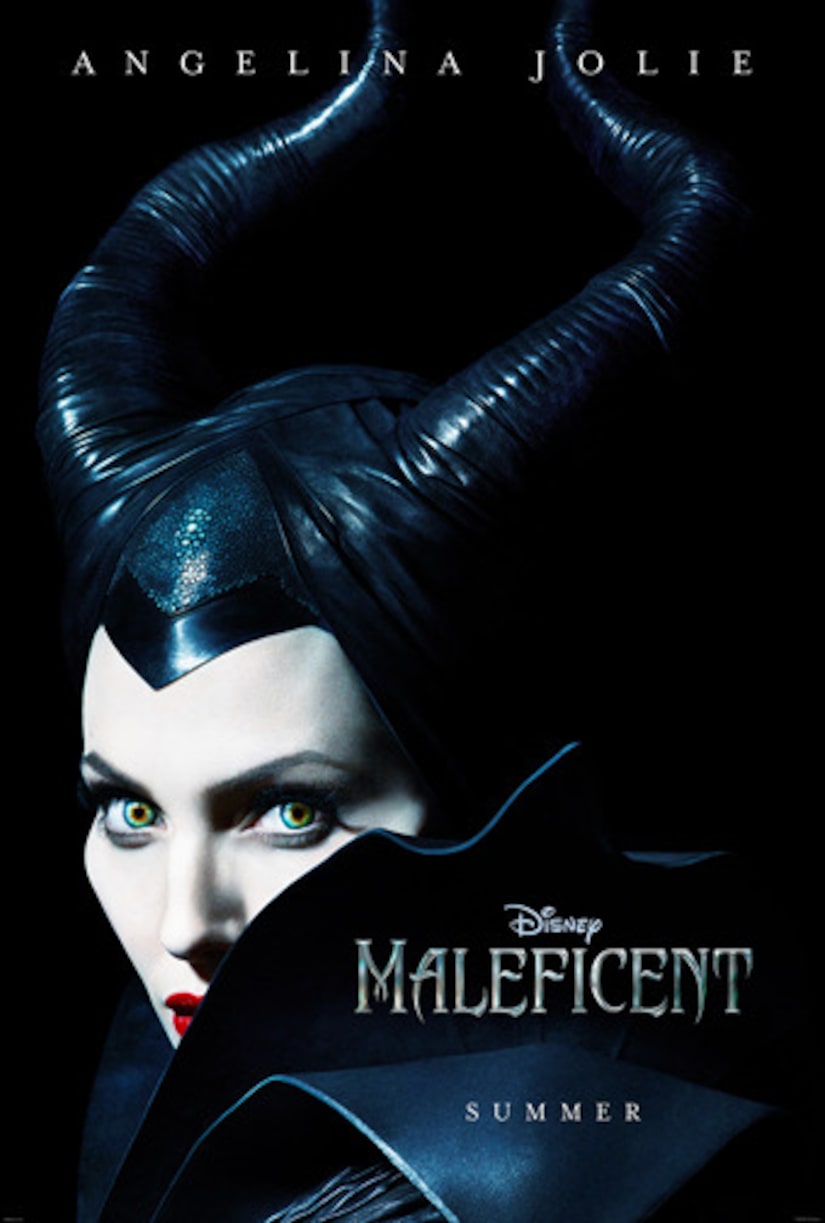 Disney just released a new poster of Angelina Jolie as Maleficent, and the Oscar winner looks spot-on as the “Sleeping Beauty” villain.

While she's young and beautiful compared to the animated film's 1959 version of the “Mistress of All Evil,” Jolie still has those piercing green eyes and “if looks could kill” expression.

Consider “Maleficent” the “Sleeping Beauty” prequel -- the untold tale of how the horned witch became so cold. The movie, set to premiere May 30, 2014 in 3D, stars Jolie as the woman who curses baby Aurora.

Last year, Jolie told EW that the film is not “anti-princess,” but it does look at things from Maleficent's point of view. “I hope, in the end, you see a woman who is capable of being many things, and just because she protects herself and is aggressive, it doesn't mean she can't have other [warmer] qualities. You have to figure out the puzzle of what she is.”

Angelina's daughter Vivienne Jolie-Pitt will play a young Princess Aurora, and Elle Fanning will play her as a young teen.