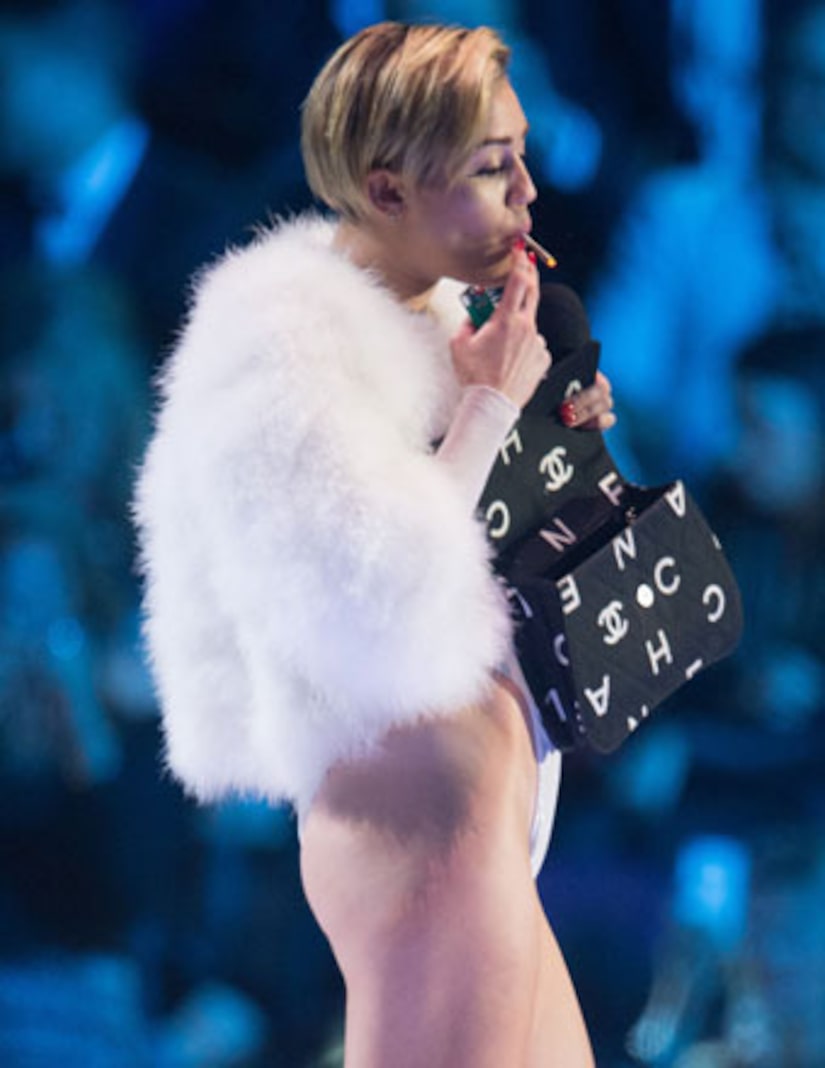 To be blunt… Miley Cyrus' weekend went to pot.

The former child star was in Amsterdam for the MTV EMAs, where she lit up a joint onstage (because that's how she rolls), posted a shower selfie, and debuted a new video with Future (think naked Miley covered in sparkles).

The “We Can't Stop” singer, who graced the European Music Awards red carpet in a barely-there Tupac and Biggie halter dress, opened the show with a little twerking, before taking the stage to accept the Best Music Video award for “Wrecking Ball.” 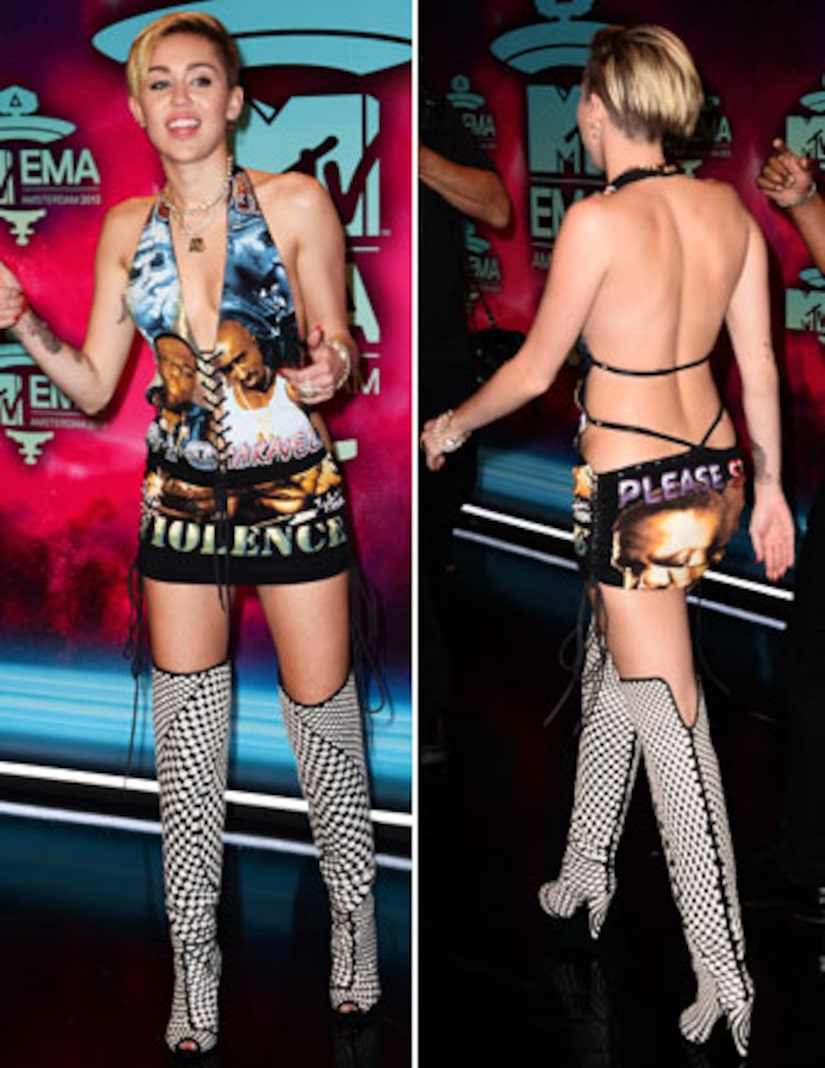 Once she was at the microphone, Miley set her trophy on the ground and whipped out a lighter and joint and took a puff for the cameras.

The moment was edited out of the U.S. broadcast, but showed up online for all to see. 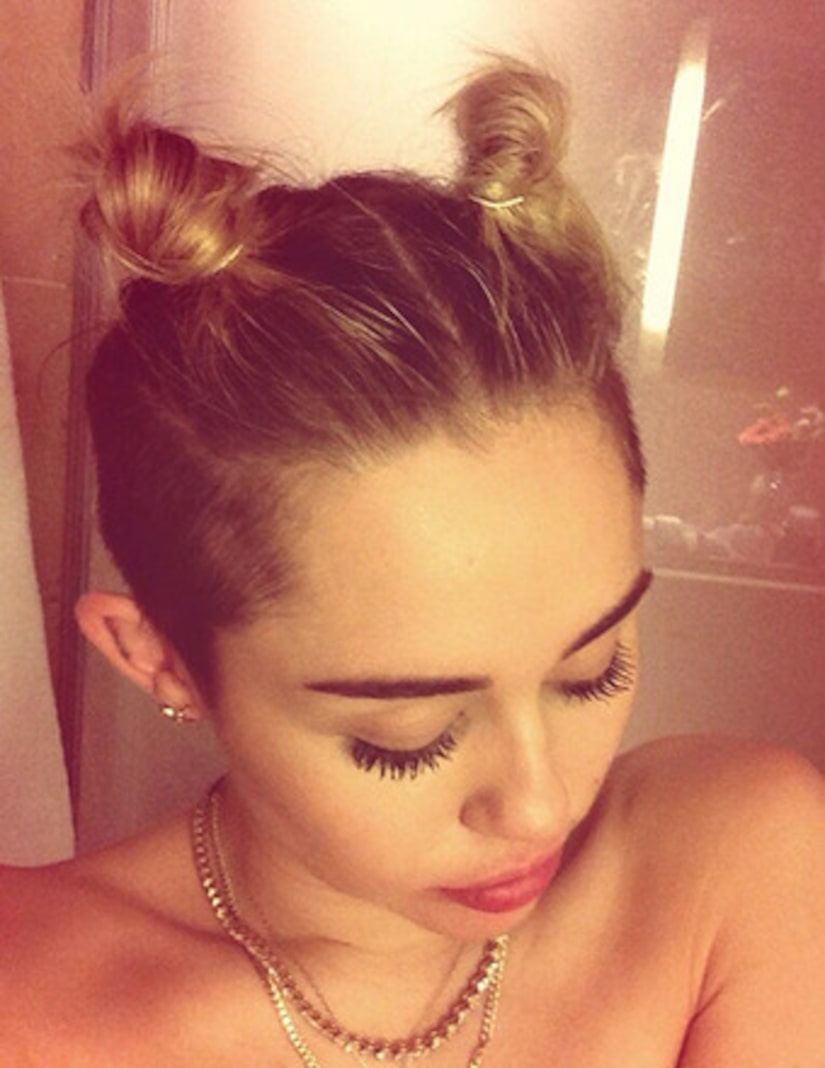 That wasn't Miley's only wild moment from the weekend. She also posted a sexy shower selfie and debuted her new “Real and True” music video with Future and Mr. Hudson. Watch it here!