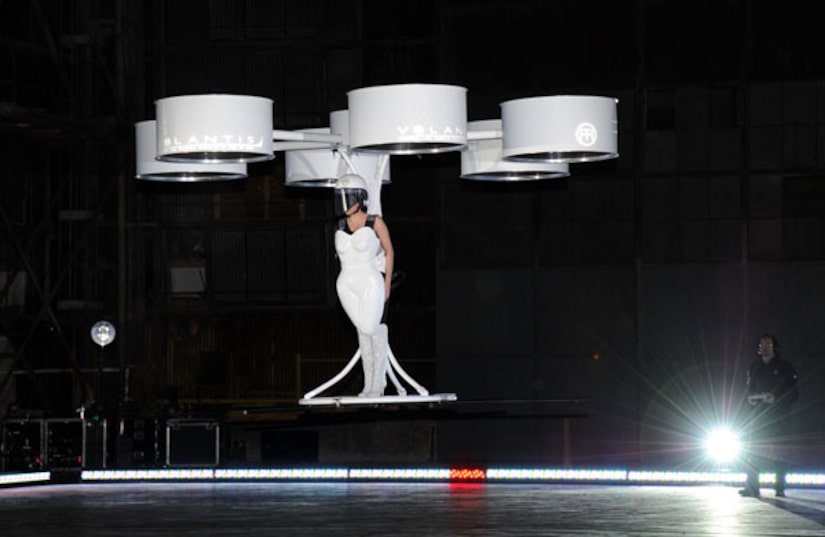 It’s a bird, it’s a plane… no, it’s Lady Gaga in a flying dress! The singer has outdone herself again, this time combining her outrageous style with technology.

Gaga unveiled the flying contraption, which she calls Volantis, as part of her “ARTPOP” album celebration on Sunday in Brooklyn.

The “Applause” singer explained to the press that the high-tech “dress” represents a “small step for Volantis,” but a “big step” for Gaga.

"I wanted to make today about something even more important to me, and that something is the youth of the world," Gaga told reporters. "Their minds are just so boundless. They're just so inspiring."

Mother Monster continued, "Although she (Volantis) is a vehicle… she is essentially a metaphor for me. I will be a vehicle today for their voices." 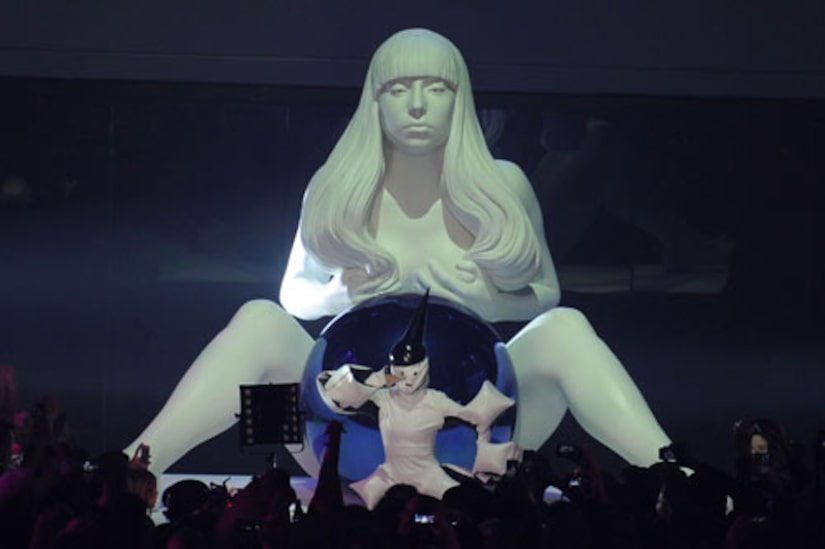 Gaga even climbed into the battery-powered outfit, designed by Nancy Tilbury, and hovered about 70 inches off the ground. A technician controlled the device from nearby.

The same night, the 27-year-old hosted an “ARTPOP” album release party (see another wild Gaga outfit from the party above) at a warehouse in the Brooklyn Navy Shipyard, featuring a live performance by the Grammy winner and the unveiling of a giant Jeff Koons sculpture of the starlet.

Gaga told "Extra's" special correspondent Angie Martinez, “I am going to perform in space in 2015.” When Angie asked about the rumors that she took out a insurance policy for the trip, the "Applause" singer said, “Don’t believe everything you read, accept when you believe that I am singing in space, you should believe that, that’s true," adding she has no fear. "Why should I be afraid?”