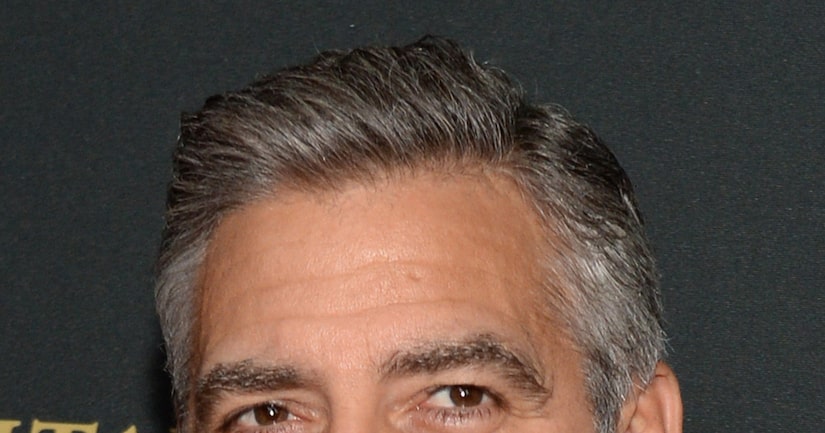 The Oscar winner told Esquire magazine in their December issue that the very idea of Twitter scares him to death. "If you're famous, I don't -- for the life of me -- I don't understand why any famous person would ever be on Twitter. Why on God's green earth would you be on Twitter? Because first of all, the worst thing you can do is make yourself more available, right? Because you're going to be available to everybody."

Besides being accessible, what happens if you’re drunk one night and decide to tweet? Clooney explained, "So one drunken night, you come home and you've had two too many drinks and you're watching TV and somebody pisses you off, and you go 'Ehhhhh' and fight back. And you go to sleep, and you wake up in the morning and your career is over. Or you're an a**hole. Or all the things you might think in the quiet of your drunken evening are suddenly blasted around the entire world before you wake up."

The single Clooney also thinks it’s funny everyone wants to know if he’s dating again. “Extra’s” Renee Bargh recently spoke with George at the BAFTA L.A. Jaguar Britannia Awards on Saturday, where he joked about his love life.

On the rumors he’s dating five different women, the “Gravity” star laughed, “I’m very athletic… they were all so thrilled to find out we were dating, believe me…”

Clooney received the Stanley Kubrick Award for Excellence in Film at the award show. “It’s a nice thing. It’s a fun thing to do and I get to see a lot of good friends.”