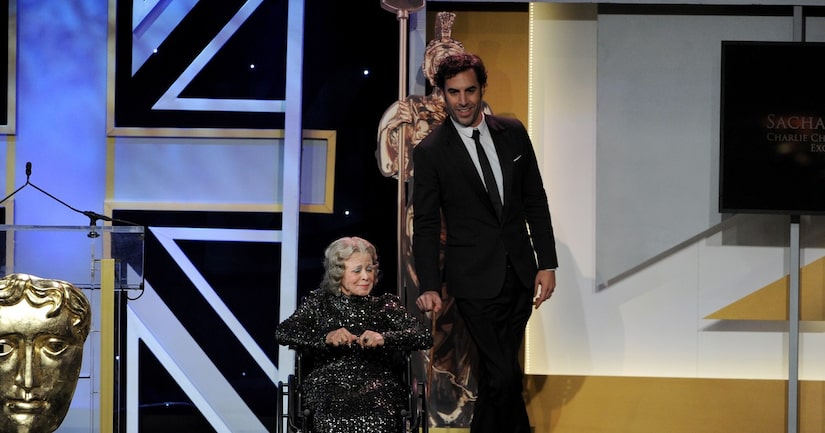 In the bit, presenter Salma Hayak came onstage with an elderly woman in a wheelchair, whom she introduced as 87-year-old Grace Collington, the "oldest surviving actor to have worked with Charlie Chaplin in a silent movie," according to Deadline.

Cohen took the stage to accept an award from Collington – and a cane supposedly used by Chaplin. In an attempt to tap dance with the cane, Cohen tripped and pushed women off the stage, and she landed face down and remained still. 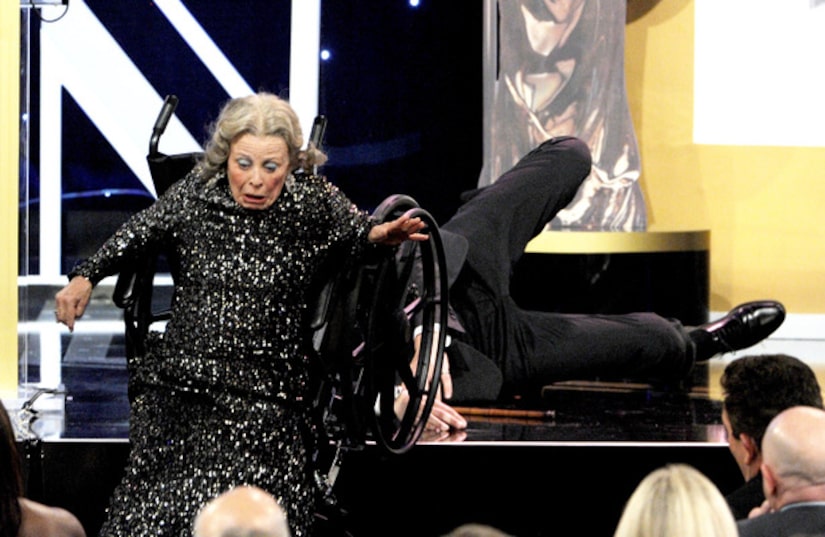 Cohen remarked, "Grace Collington is the oldest… sorry, was the oldest ... I dedicate my award to her. It's obviously a tragedy, but on the bright side, what a great way to go. She'll probably make the Oscars' In Memoriam section. ... Anyway, tonight is not about her. It's about me."

Those audience members clearly in on the joke laughed, but others didn't find it so funny, and host Rob Brydon had to interrupt the show to calm the crowd.

The Britannia Awards will be broadcast Sunday on BBC America.