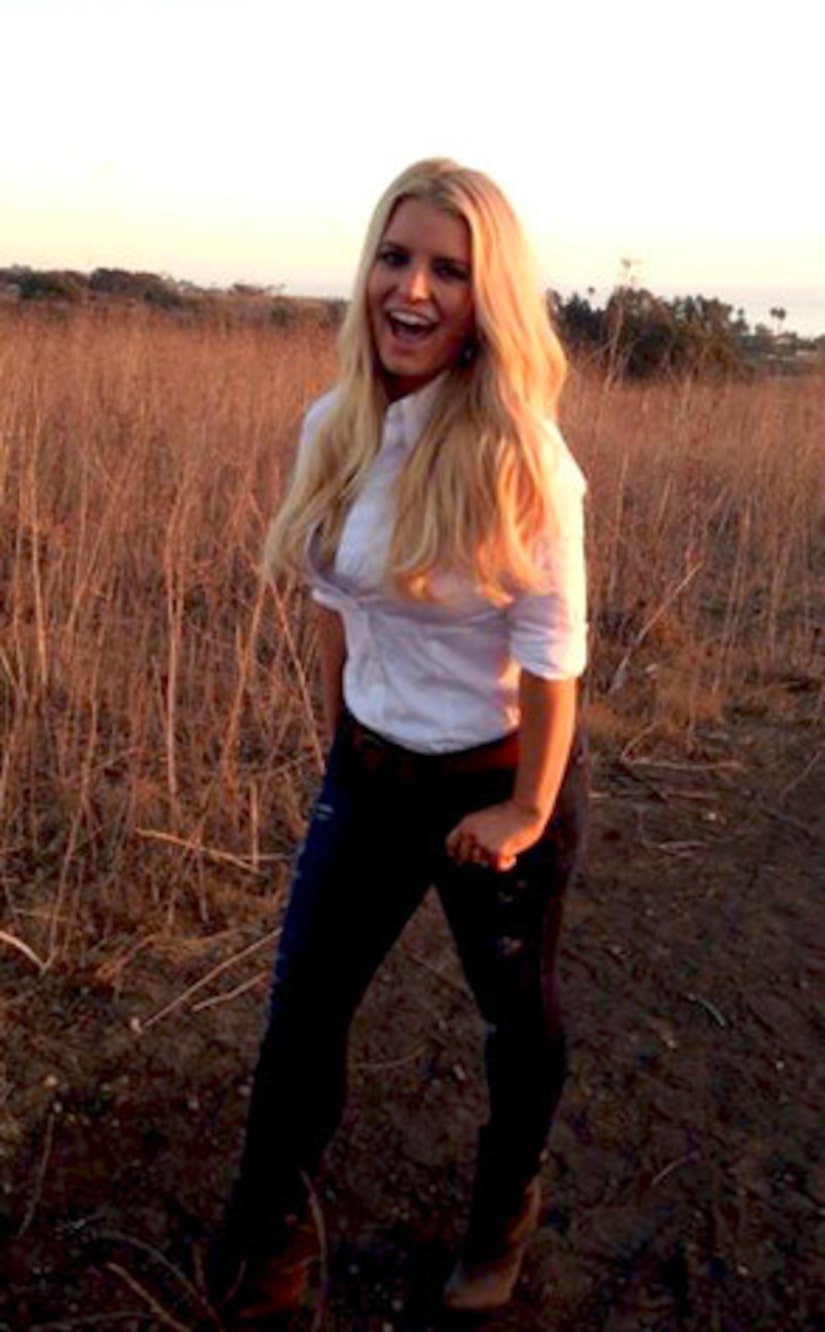 The mother of two shared a pic on Twitter, looking radiant as she filmed a commercial for Weight Watchers. She wrote, "Couldn't stop smiling on set for my new @weightwatchers campaign today! #happy.”

Following the June birth of Simpson's second child, Ace, Weight Watchers announced the fashion mogul would be returning as a spokeswoman.

"We were thrilled to welcome Jessica back on the Weight Watchers program in August," Weight Watchers said in a statement in September. "With a toddler on the run and an infant to look after, we know she needs a plan that's simple and fits into her life along with the support that's so important to moms with young children."

Simpson was also recently candid about her struggles with body image in a blog for Parent.com, and how she wants her children, particularly 17-month-old daughter, Maxwell, to learn from her.

Jessica wrote, "My pregnancies (especially my first with Maxwell) were well documented and my struggles with my weight and body image have played out in front of the world. As hard as that has been, the hardest part is to realize that with all the hurtful and harsh criticism from others, I have been the hardest on myself."