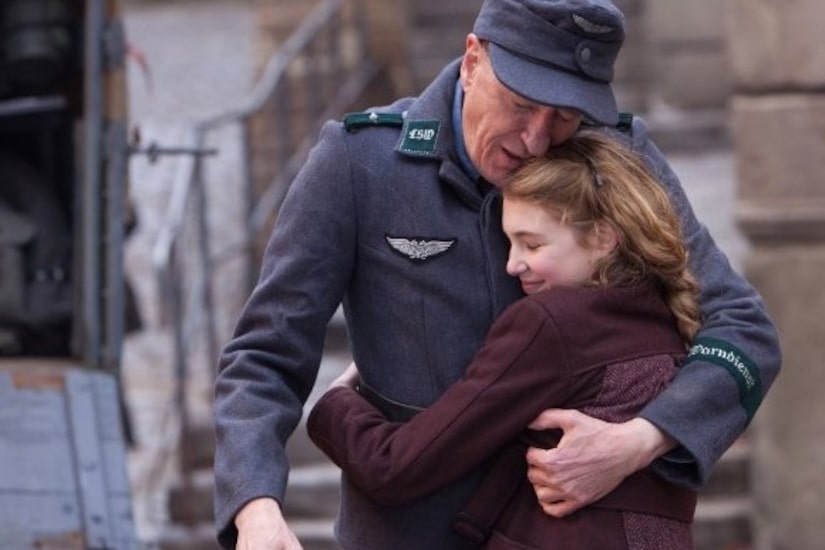 Actors Geoffrey Rush and Sophie Nélisse had an immediate bond when they met on the set of “The Book Thief.”

Based on the popular novel, the film centers on young Liesel (Nélisse), who is subjected to the horrors of World War II Germany. She finds solace and courage, however, by stealing books and sharing them with others, including a young Jewish refugee being sheltered by her adoptive parents (Emily Watson and Rush) in the basement of her home.

French-Canadian newcomer Nélisse is stunning as Liesel, and Rush knew the 12-year-old was something special the minute he met her. The Oscar winner said, “I’ve never seen anyone at that age have such a natural, beautiful rapport with the lens. I knew she was going to be extraordinary as Liesel.”

Nélisse admitted she wasn’t as familiar with Rush. She laughed, “I had no idea who Geoffrey Rush was at first, but my mom told me he could apparently act. Then I watched ‘Shine’ and realized how amazing he is.”

The vivacious actress described how Rush was on the set. “He’d be doing something in the basement, run up the stairs, get into character and do the scene perfectly and then do a magic trick after they yelled cut. He was also hilarious and never rehearsed a scene properly!”

Rush added, “It was so cold in Berlin [where the film was shot]. The paint on the walls on the back lot set of the street froze and peeled off, so we had to go into the studio for a month. Which was a good thing because I got to know Sophie and Liesel at the same time. I played games with her… throw a little stuff at her that we could play.” 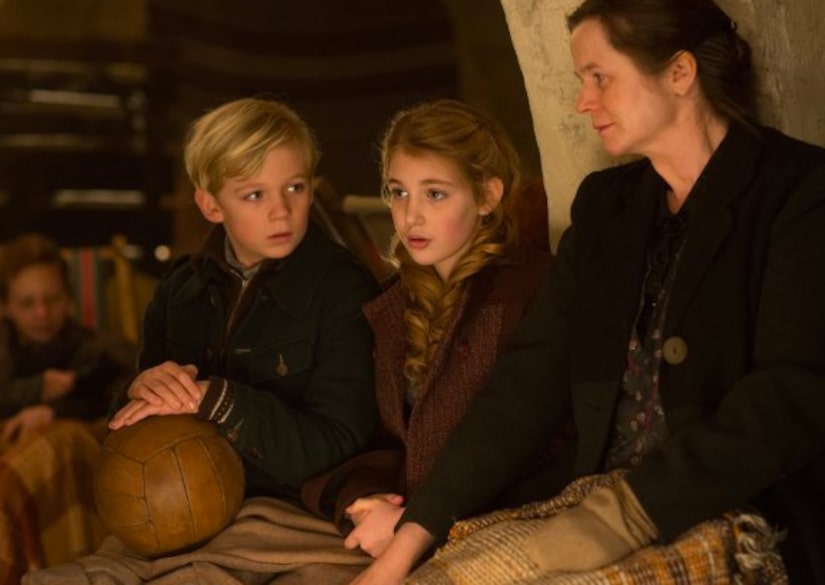 Nélisse admitted her most awkward scene was kissing co-star Nico Liersch. “The day we shot that scene, we didn’t exchange a word. I didn’t like it at all. We were really like brother and sister, and then we’d look at each other and say, ‘I can’t believe we’re doing this.’"

Did Sophie read the book beforehand? “I had read the script, and it made me cry. Then I started to read the first 20 pages of the book, but then I got the part so I stopped because I didn’t want to get confused. Was this in the book? Is it in the script? And then I didn’t have time. So I thought I read it after shooting wrapped but then school, and then summer… I didn’t feel like reading a book in the summer. I finally read in a month, which is really good for me.”

Find out which books Sophie and Geoffrey like to read!

"The Book Thief" is playing in theaters now.