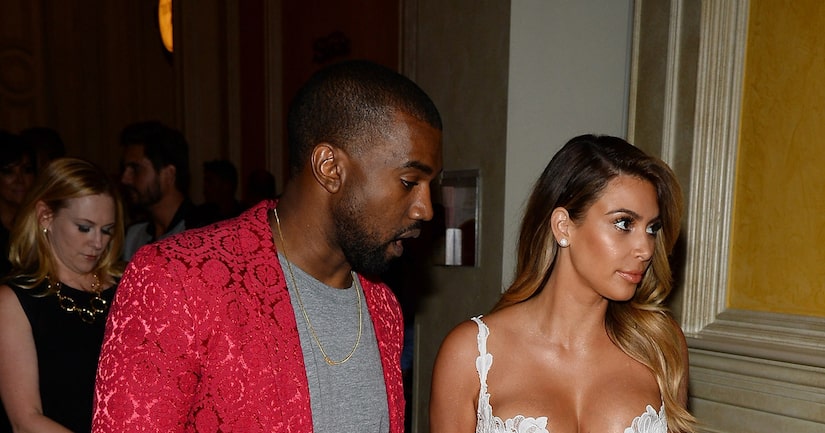 While Kanye West's lawyer was busy dealing with the rapper's battery case in L.A. (Kanye pled not guilty), the new dad was busy with the family in Santa Barbara.

The controversial singer was spotted on a stroll with fiancée Kim Kardashian and baby Nori.

The couple looked casual; Kanye in a sweatshirt and shorts and Kim in workout wear. Check out the pics here!

Meanwhile, Kanye is reportedly planning the wedding of the century!

Hollywood Life says the 36-year-old is planning a trip to Italy for a two-week long wedding celebration in Capri, expected to cost around $5 million.
West has his eye on Villa San Michele for the festivities, at the hefty price of $500,000 for 14 days. It's no surprise the theme is rumored to be black, diamonds and gold. Only the best for Kimye!

“We'll all have grand suites and all the events are on him,” an invitee told the site.

Kim told Jay Leno last month that Kanye was thinking “something Parisian,” but it seems the “New Slaves” singer has changed his mind.

Kardashian also said, "I want [Kanye] to have whatever he wants," adding that they hope to tie the knot next summer.