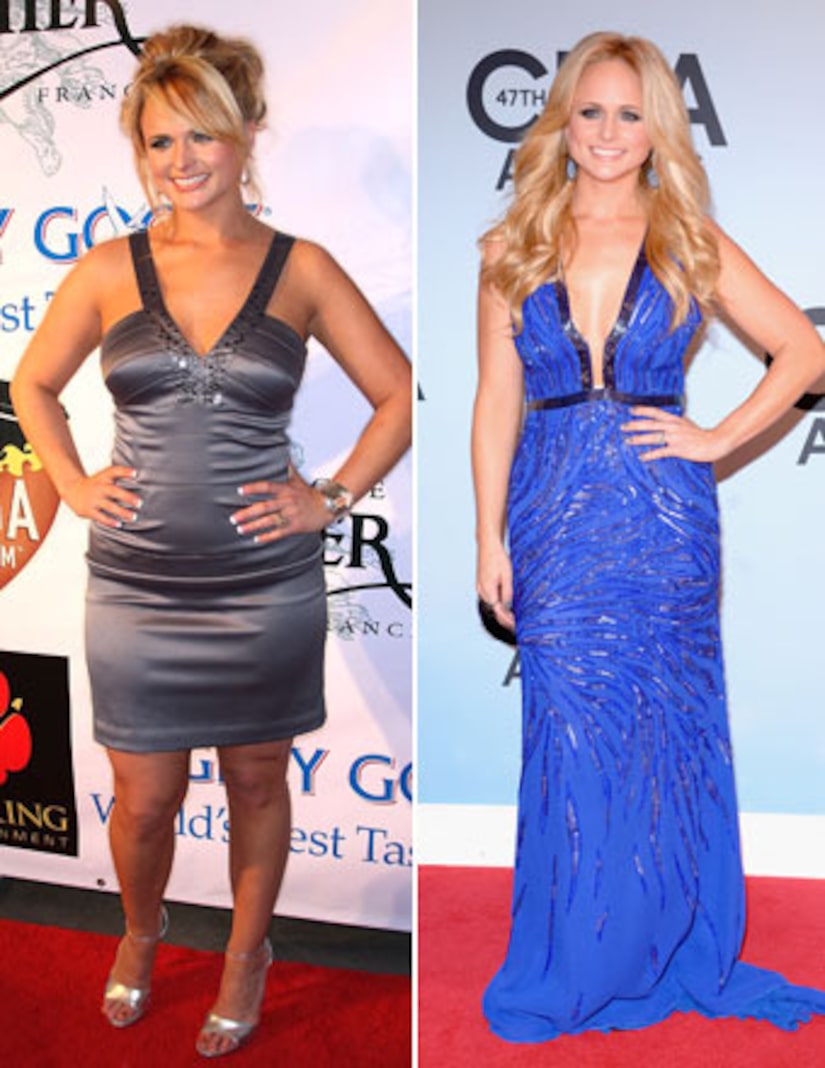 Miranda Lambert hit the red carpet at the 2013 CMA Awards rocking a slimmed-down silhouette. Check out the pic!

The country singer, who won Female Vocalist of the Year, looked stunning in a body-hugging cobalt blue gown as she showed off her recent weight loss for photographers.

What inspired the new look? Her 30th birthday!

The starlet, who told "Extra" she plans to spend her special day watching the "Lion King" with hubby Blake Shelton, told People that getting older made her want to get in shape.

"I just feel like I needed to get ahead of the game – I'm going to be 30 on Sunday and people say, are you okay about turning 30, and I guess I am, but I guess I’m not because I feel like everybody always says 'It goes downhill from there.' So I just thought, maybe if I get ahead of it a little I won't have to work so hard later in life.”

Lambert, who is married to Blake Shelton, continued, "All through my 20s I worked a lot – I was on the road since I was 17 and the road life is a lot of fast food and a lot of late nights and a lot of drinking – I didn’t give up drinking. I refused. You have to drink to put up with my husband! Just kidding!”

The blonde beauty added that she has been working out a lot, but her real diet secret was giving up a certain yummy snack.

“I didn’t give up really a lot really,” she said. “Just Cheetos, mostly! But I might have some tonight, just to celebrate."