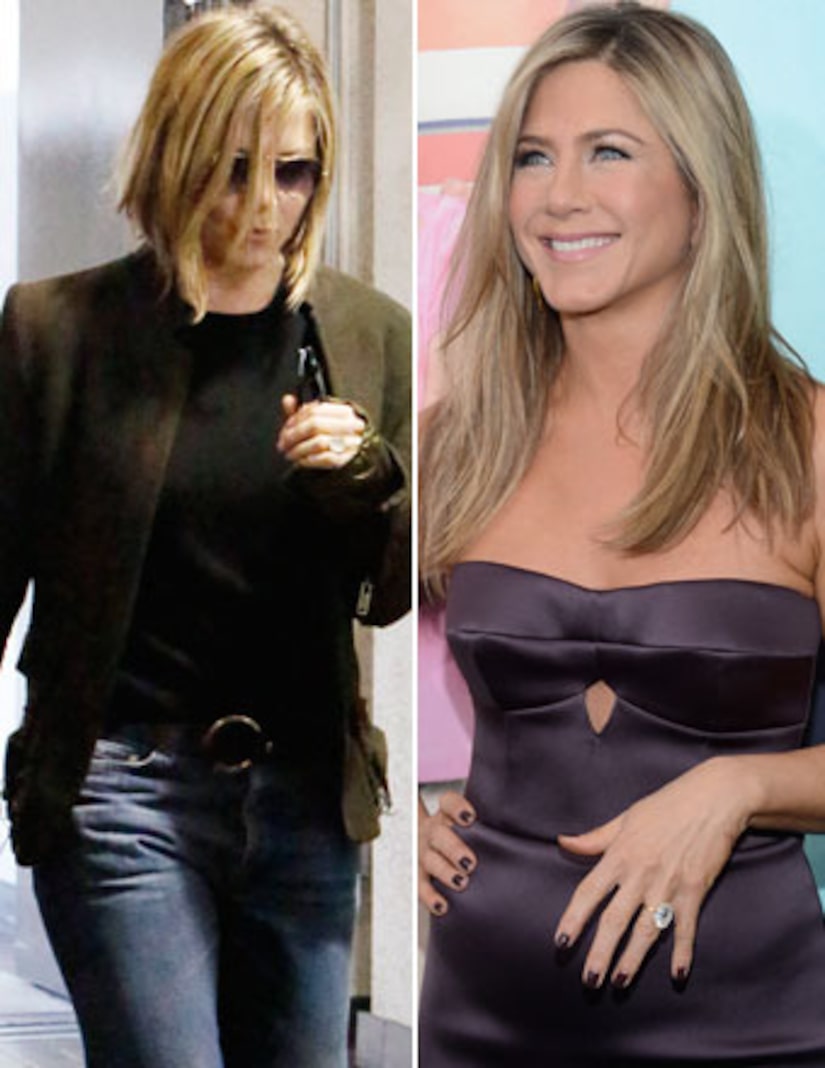 Jennifer Aniston has done a “big old chop” and is sporting a drastic new bob! She says the new 'do was completely “spur-of-the-moment.” Check out the pic!

X17 snapped photos of Jen and her sassy new cut outside a doctor's office in Beverly Hills, and the actress told Vogue.com the lighter look feels great.

The updated look is courtesy of Aniston's longtime hairstylist Chris McMillan, the same guy who brought us “The Rachel” cut from “Friends.”

“It was kind of spur-of-the-moment,” Jen said. “I was flipping through the television channels and I paused it to take a picture and I sent it to Chris, and he said, 'That's [stylist] Lawren Howell from Vogue!' And then he said, 'I just cut that!” So that's it. He went way shorter than hers, but she was the inspiration.”

Jen is still figuring out how to style it, revealing, “I'm always one of those girls who does a big old chop just to get it really healthy, to repair all the [damage from] hair coloring and stuff like that. And I just got bored, honestly. It's fun to change it up once in awhile. “