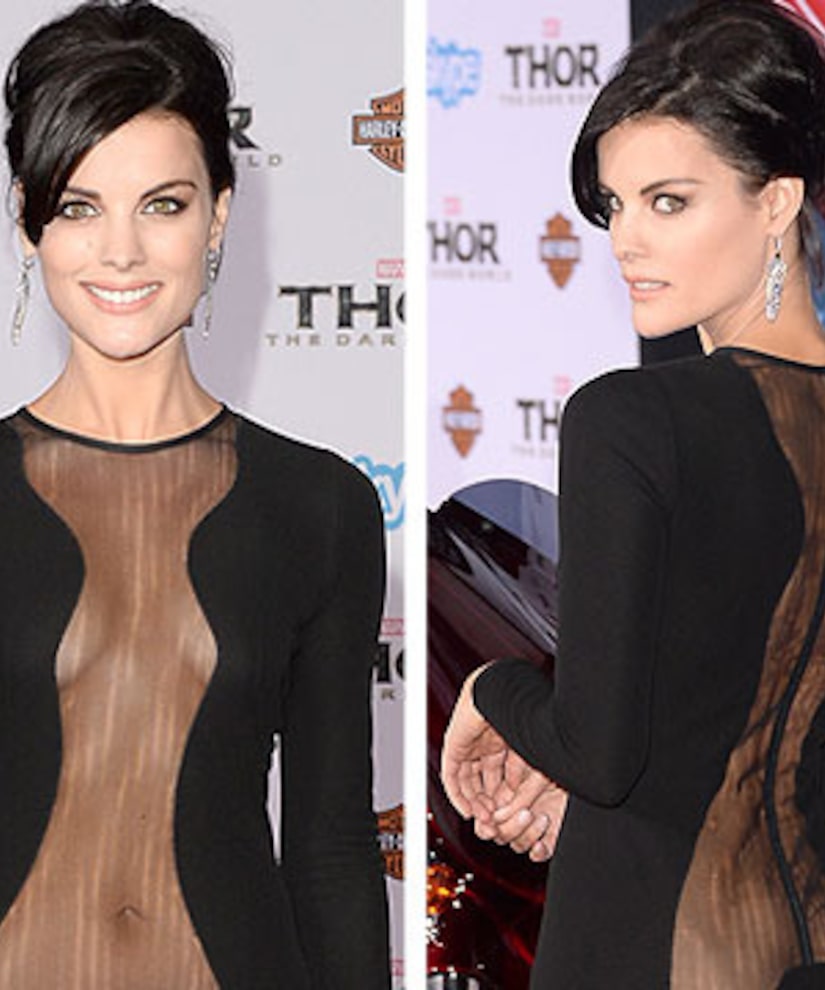 Actress Jaimie Alexander left little to the imagination in a cutout, see-through Azzaro Couture dress at the L.A. premiere of “Thor: The Dark World.”

“Extra’s” Maria Menounos admired the gown, saying it couldn’t have any flaws or you’d see it! Alexander responded, “I don’t know. The netting is double-netted, so you can hide some stuff… I hope.”

Watch more of our red carpet interviews, including what “Thor” star Chris Hemsworth says about making an appearance on the hit ABC show “Agents of S.H.I.E.L.D.”!

“Thor: The Dark World” storms into theaters this Friday.