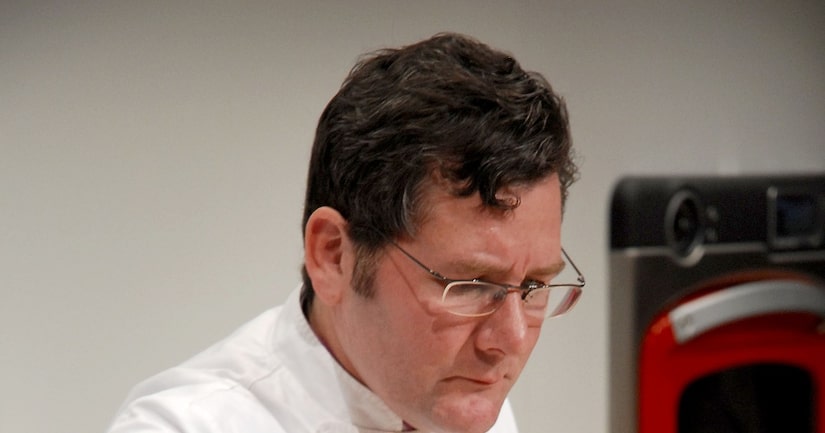 Award-winning chef Charlie Trotter, a self-taught culinary master who was famous for his eponymous Chicago restaurant, was found dead in his home today. He was 54.

Trotter’s son, Dylan, discovered the chef unconscious and not breathing. Trotter was taken to Northwestern Memorial Hospital, where he was pronounced dead, according to fire officials. An autopsy is scheduled for Wednesday, but reports say there were no indications of foul play.

Trotter, who never attended cooking school, wrote more than a dozen cookbooks and starred in a PBS series, “The Kitchen Sessions with Charlie Trotter.”

He closed his restaurant in 2012 and was plagued with legal troubles over the last year.

The food world mourned his death. Food Network star Sandra Lee wrote on her Facebook page, “Charlie was a legend in the world of cooking and a true culinary genius. He was kind, generous, gracious and a great friend who was loved by all. He will go down as one of the greats next to Julia Child. RIP”

Celebrity chef Anthony Bourdain tweeted, "Rest In Peace Charlie Trotter. A giant. A legend. Treated shabbily by a world he helped create. My thoughts go out to those who loved him."

"Top Chef" judge Tom Colicchio wrote, "Sorry to hear of the passing of Chef Charlie Trotter. My thoughts and prayers are with his family."

Back in 2008, "Extra" shot a "Friends with Benefits" giveaway with Charlie at his now closed restaurant, Charlie at the Palazzo Hotel in Las Vegas, and he showed off a tasty dish with Maine diver scallops.

Trotter is survived by his wife and son.