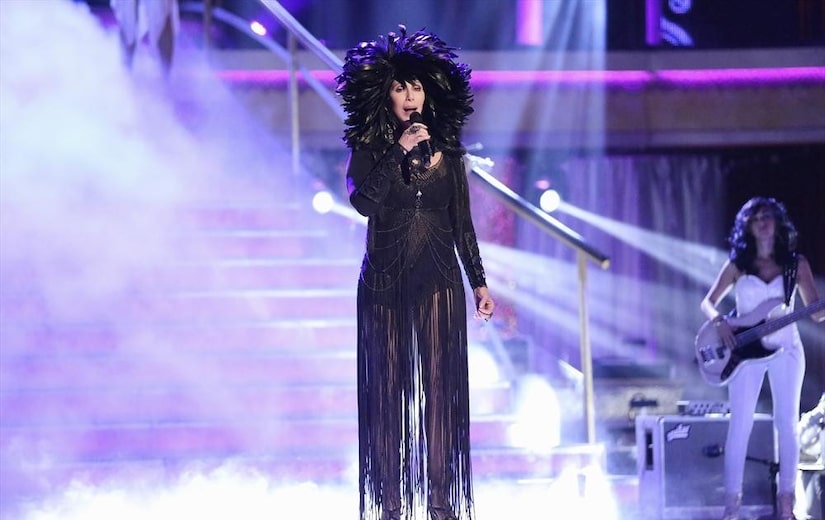 Cher made a guest appearance on Monday's “Dancing with the Stars,” and “Extra’s” Renee Bargh caught up with the superstar backstage with son Chaz Bono.

Cher revealed that she thinks the spirit of ex-husband Sonny Bono, who died in a skiing accident in 1998, is alive in her home. “I think he’s screwing with my chandelier… just one chandelier that I have. It goes on in the middle of the night when the switch is down, on and off, on and off, and it would just be like him to do it. I just get this little feeling.” She added she’s not freaked out by it. “It’s a friendly person.”

The “DWTS” contestants danced to Cher’s biggest hits on Monday, and she was particularly touched by Leah Remini and partner Tony Dovolani’s Viennese waltz to “I Got You Babe,” telling the story of how Sonny and Cher met in a coffee shop. “It was really, really sweet to see an interpretation of something that touched my heart. It was very nostalgic.”

Bargh also showed Cher a picture of Lady Gaga wearing a similar outfit to one Cher wore years ago. The “Believe” singer said, “It’s always flattering when people see something in you. Maybe she didn’t even see that, but somehow that’s in the culture. That’s in the ether, that’s out there.”