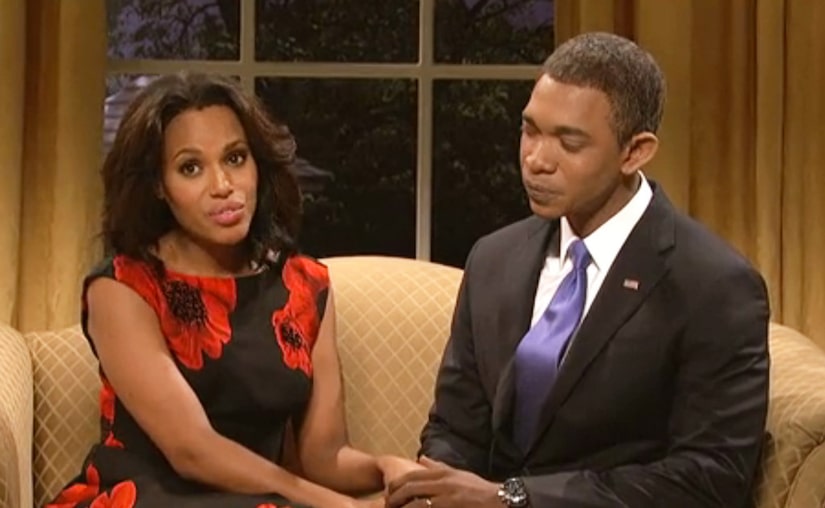 "Scandal" star Kerry Washington hosted "Saturday Night Live" over the weekend, and wasted no time poking fun at the diversity issue the show has been facing.

Washington, who appeared as Michelle Obama alongside Jay Pharoah's President Obama, played the first lady to a tee in the cold open. Watch!

The duo was interrupted by a White House aide (Taran Killam), who notified them of Oprah's arrival. Killam turned to Washington, "So, don't you think you should go get changed?"

As Washington exited the mock oval office, this message was read and shown on screen: "The producers at Saturday Night Live would like to apologize to Kerry Washington for the number of black women she will be asked to play tonight. We made these requests both because Ms. Washington is an actress of considerable range and talent and also because SNL does not currently have a black woman in the cast. As for the latter reason, we agree this is not an ideal situation and look forward to rectifying it in the near future. Unless of course, we fall in love with another white guy first."

Kerry, who never addressed her pregnancy Saturday night, did put on quite a show with Pharoah, mocking the catchy hit song "The Fox," with their hilarious rendition, "What Does My Girl Say?"