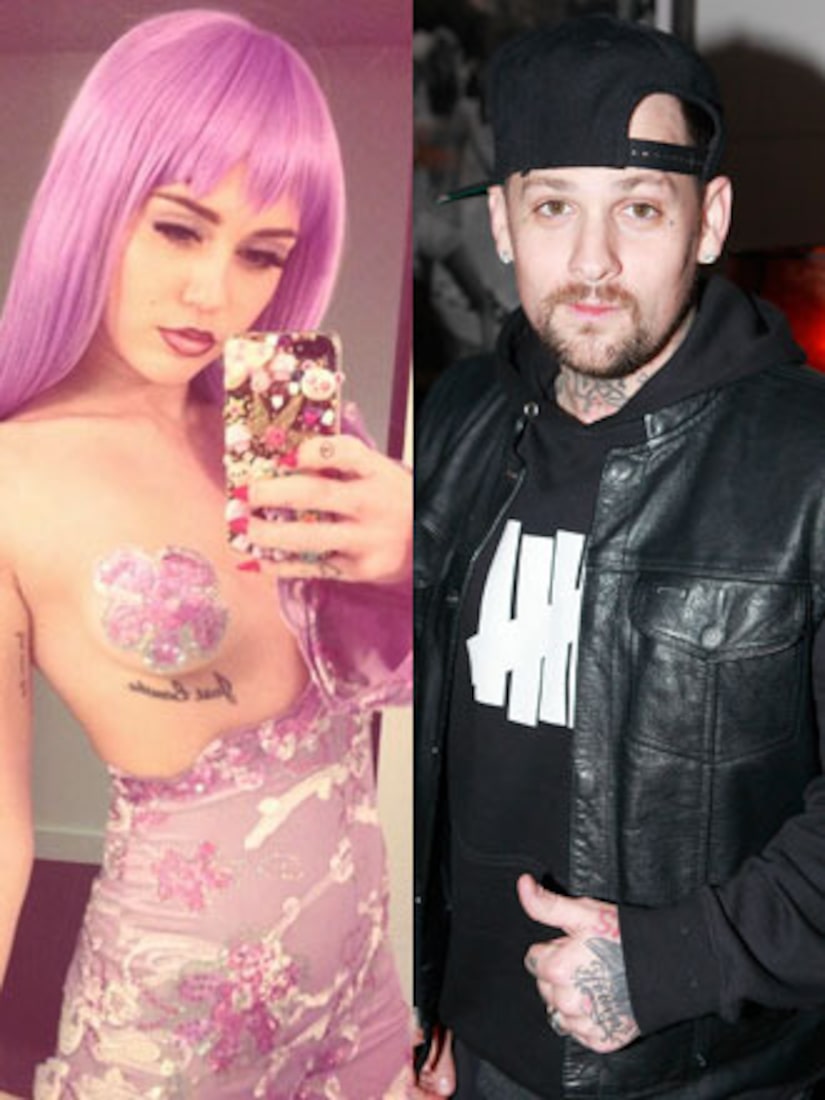 The 20-year-old twerking queen arrived to the party around midnight with a group of girlfriends and immediately joined Kelly Osbourne and her fiancé Matthew Mosshart at their table.

The insider revealed, "They were dancing and just really getting into the spirit of things… Kelly didn't stay very long and so after catching up with Miley she left."

On Wednesday, Cyrus, 20, and Madden, 34, were photographed together in the backseat of a car with what appears to be an open bottle of alcohol. See the pics at DailyMail.com.

In October, Miley was rumored to be dating Rolling Stone photog Theo Wenner, but by the looks of it, she has moved on.