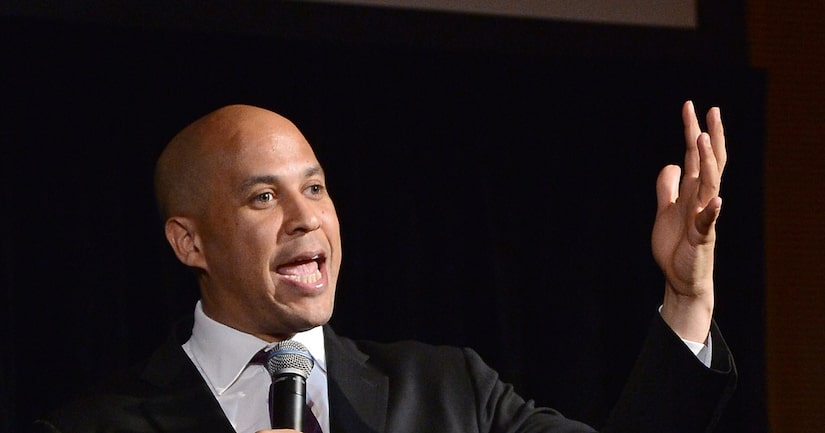 “Extra’s” AJ Calloway sat down with New Jersey’s newly elected Senator Cory Booker as he was honored by Pencils of Promise in NYC. Backstage, Booker told AJ what he's looking forward to in office and why he won’t play pickup basketball with President Obama.

When describing what he's looking forward to, Booker said, “That moment when you read which senators have held that desk before."

He then revealed his goals for taking office. “I want to do everything I can to make New Jersey safer, stronger and more successful.”

Booker also opened up about Governor Chris Christie, “I appreciate the Governor… as much as he and I may have lots of things not in common, recently he’s losing weight, I’m gaining weight, but the fact is that we found ways to overcome the differences that we have, and actually find ways to make progress.”

Senator Booker said the one call to duty he won't answer to is a game of pickup basketball with President Obama. “I play a different style of basketball... the Secret Service would have me on the ground handcuffed... I play Charles Barkley style of basketball… I'd knock the President over.”

He continued, “I respect the President... I don’t want to take the President out, my game is hard... you got to be tough to step on the court with me, I scare people.”

Pencils of Promise is a nonprofit organization run by Adam Braun, the brother of Justin Bieber's manager, Scooter Braun. PoP’s mission is to bring quality education to those who do not have access. To date, PoP has built 152 schools across the world.

Justin Bieber is a big supporter of the charity and was recently in Guatemala with PoP where he helped to build a school. Bieber called it one of the most rewarding experiences of his life. Go here to learn more.