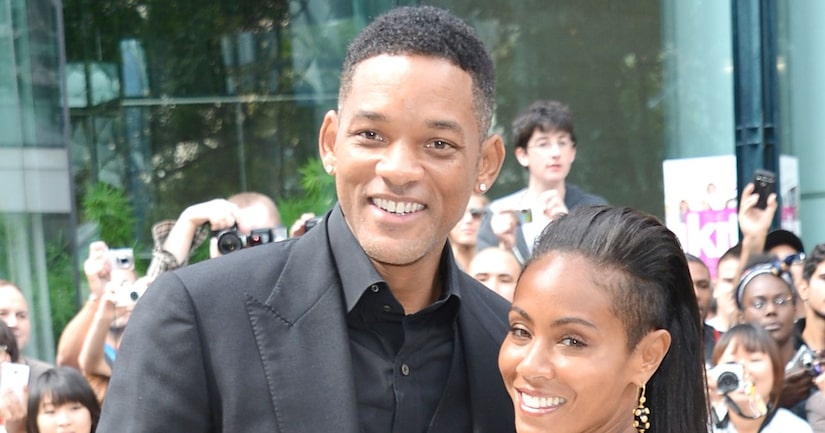 Is Will Smith and Jada Pinkett-Smith's quarter-billion-dollar marriage on the rocks? No, sources close to the couple tell “Extra.”

Renewed rumors at RadarOnline.com claim the two are in the middle of a trial separation, but we've learned the breakup buzz is bogus.

The couple is living apart because Will is shooting the movie “Focus” in New Orleans.

According to Radar, Jada moved in with her brother in Calabasas, while Will was working in NOLA. The site also points out that the twosome hasn't been seen together in public for more than two months.

The two have been dispelling split rumors for years. In April, Pinkett-Smith took to her Facebook page to quash claims that they were in an open relationship.

“Will and I BOTH can do WHATEVER we want, because we TRUST each other to do so. This does NOT mean we have an open relationship... this means we have a GROWN one (sic),” she wrote.

Just last week she was offering relationship advice to her fans at the the Associated Black Charities of Baltimore Girls' Night Out Event. One audience member tweeted that Jada told the crowd, “When you are going through a storm with your spouse… stop thinking about what you 'believe' a husband or wife should be.”

On Monday, Pinkett-Smith was reminding Facebook followers that it is important to support your spouse in their own hobbies and interests, “nurturing what is needed individually.”

She added, “A partnership should give us the room to be more of ourselves not less of ourselves.”