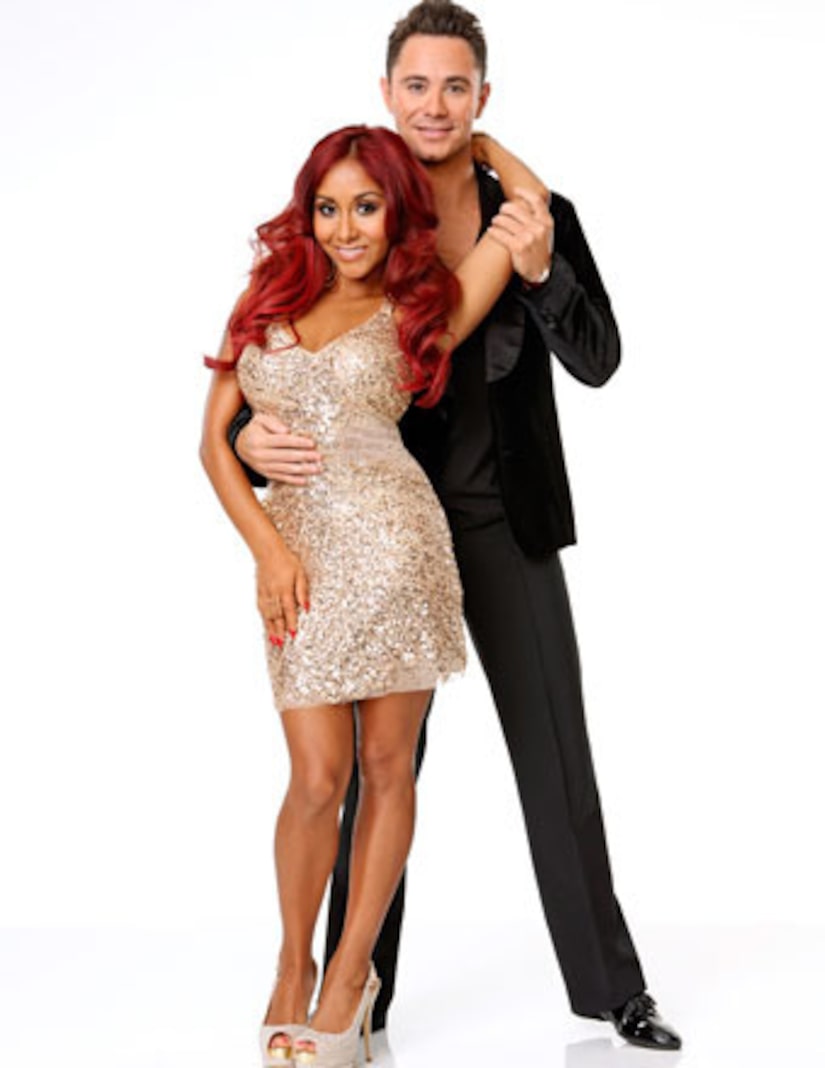 In a shocking elimination, “Dancing with the Stars” said goodbye to contestant Nicole “Snooki” Polizzi and pro partner Sasha Farber.

Snooki and Sasha danced a sexy samba and earned praise from the judges. Bruno Tonioli told the couple, “Once you got into the samba groove, it was flowing.” The duo earned a solid 27.

The pair also competed in a team competition. As members of “Spooky BomBom” they danced to a Halloween-inspired routine, but the team's score of 27 wasn't enough to beat “Foxing Awesome's” perfect score of 30.

Snooki was in tears when she learned she was going home. "I can't even talk right now. I love everybody here, so it sucks," she said.

In other “DWTS” news, Derek Hough reportedly suffered a back injury and was considering sitting out this week. He did perform and earned a 29 with partner Amber Riley!

Judge Carrie Ann Inaba told the duo, “You slayed the beast again. You lift this ballroom up!”

Host Tom Bergeron also made a major announcement during the show… Cher will perform and guest judge on November 4!

“DWTS” returns next Monday on ABC.