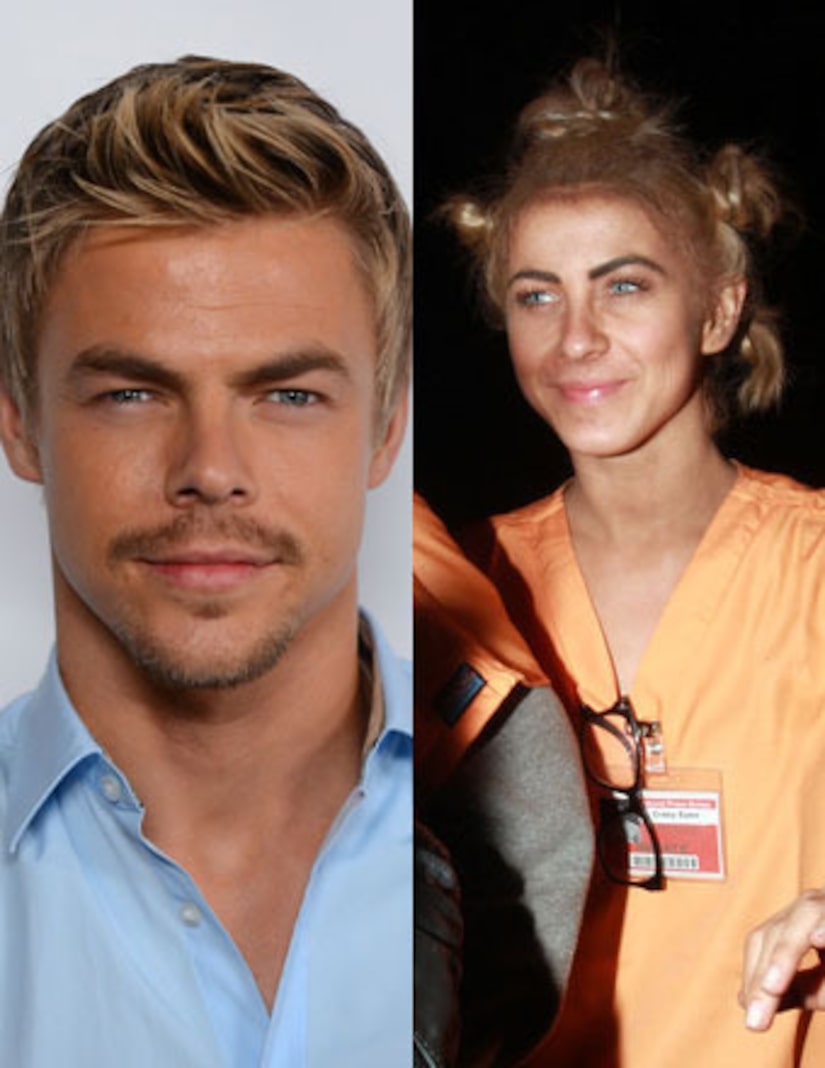 "Extra's" Terri Seymour met up with Derek Hough after his performance Monday night on "Dancing with the Stars," where the pro spoke about sister Julianne Hough's recent flare in the media about her "Crazy Eyes" Halloween costume.

When asked about Julianne's decision to wear blackface makeup, Derek defended her. "She didn’t mean anything by it… she’s my sweet little sister, breaks my heart… she is so unbelievably sorry and so apologetic.” He continued, "She is just beside herself… lesson learned.”

Derek and partner Amber Riley almost sat out Monday night due to a bulging disk in Derek's back. The duo said they'll be taking Tuesday off from rehearsals.

"Extra" also caught up with "Dancing" contestants Leah Remini and Bill Engvall for their take on Julianne's costume, and Nicole "Snooki" Polizzi who discussed her shocking elimination.

Watch "Dancing with the Stars" Monday night at 8PM on ABC.