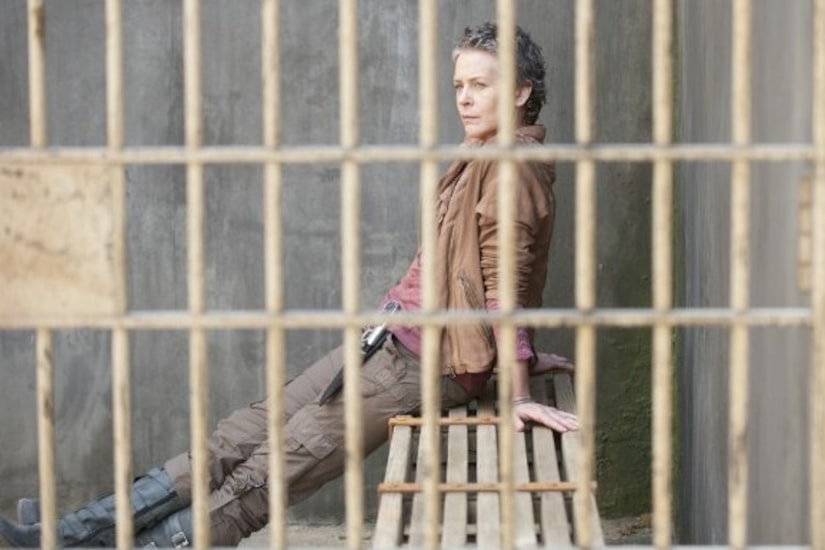 Ah, another Sunday, another tense “The Walking Dead” episode. The plague-like situation at the prison is growing worse, and those still well have to take matters into their own hands.

In the episode titled “Isolation,” we find out Rick is definitely all-in again; Carol committed murder; Glenn is -- gasp! -- sick; and the grieving Tyreese is seeing red.

Here are a few burning questions for next week's episode:

Will they find antibiotics in time to save, at least, Glenn? Hershel is the only semi-physician left (remember he is a veterinarian), and he says they might be able to save them if they can find some medicine. Daryl, Michonne, Tyreese and Bob are sent out into zombieland to on a mission to find antibiotics, heading out to a vet college some fifty miles away.

What's with the zillions of walkers? Just as Daryl et al. are distracted by the voice on the radio, they run into what looks like an army of swarming biters. Yikes, it's getting worse. They fight their way out but have to abandon the car and run into the woods.

Will Hershel get sick? The kind man goes into the sick bay to try and help ease some of the fever with an elderberry home remedy. Maggie protests, of course, but Hershel says, “Every moment, you don't have a choice. The only thing you can choose is what you're risking it for.”

What will Rick do with the Carol information? After doing a bit of investigative work, he realizes Carol was the one who torched Tyreese's GF Karen. When Rick confronts Carol about it, she freely admits it, and that she did it to protect the rest of the group. Tough lady.

What will Tyreese do when he finds out it was Carol? He first has to make it back to the prison in one piece, with antibiotics in hand. Then we can see how it all shakes out.

Is Carl wearing the sheriff's hat again? We know what that means. Badass Carl, the protector, is back.