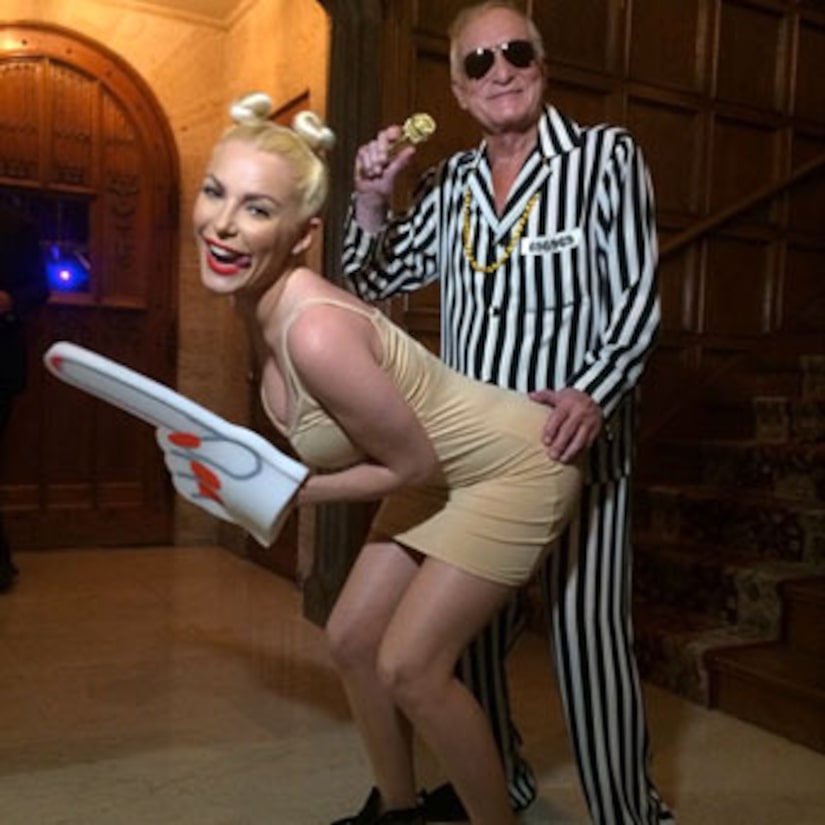 Twerk it! Hugh Hefner, 87, and wife Crystal Harris, 27, followed this year's most popular Halloween trend, dressing up as Robin Thicke and Miley Cyrus at the annual Playboy Mansion Halloween party. Click on the pic below for more stars in costume!

The couple reenacted Robin and Miley during their “Blurred Lines” performance at the MTV VMAs, with Crystal – in a nude two-piece – grinding on Hef, who was wearing Robin's Beetlejuice-style suit.

Crystal wasn't the only Miley at the party. Paris Hilton also imitated the singer, wearing the teddy bear leotard from Cyrus' “We Can't Stop” number. Both women completed their looks with hair buns and foam fingers! 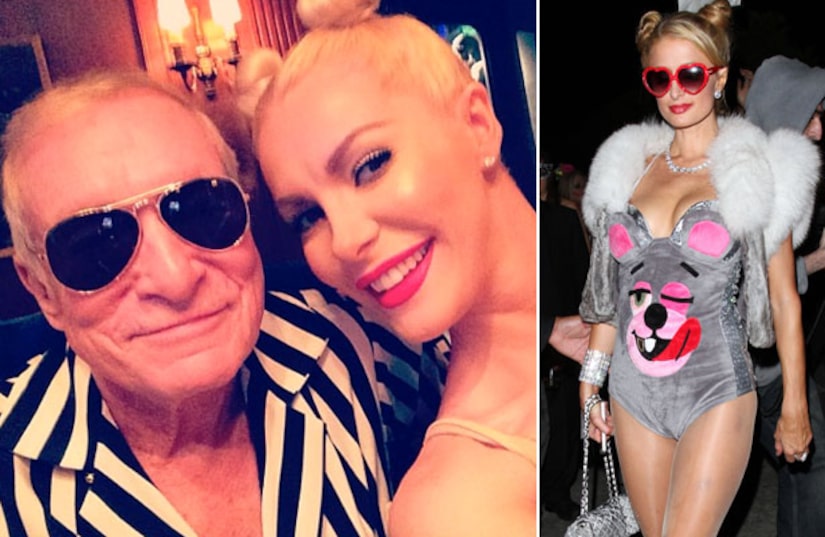 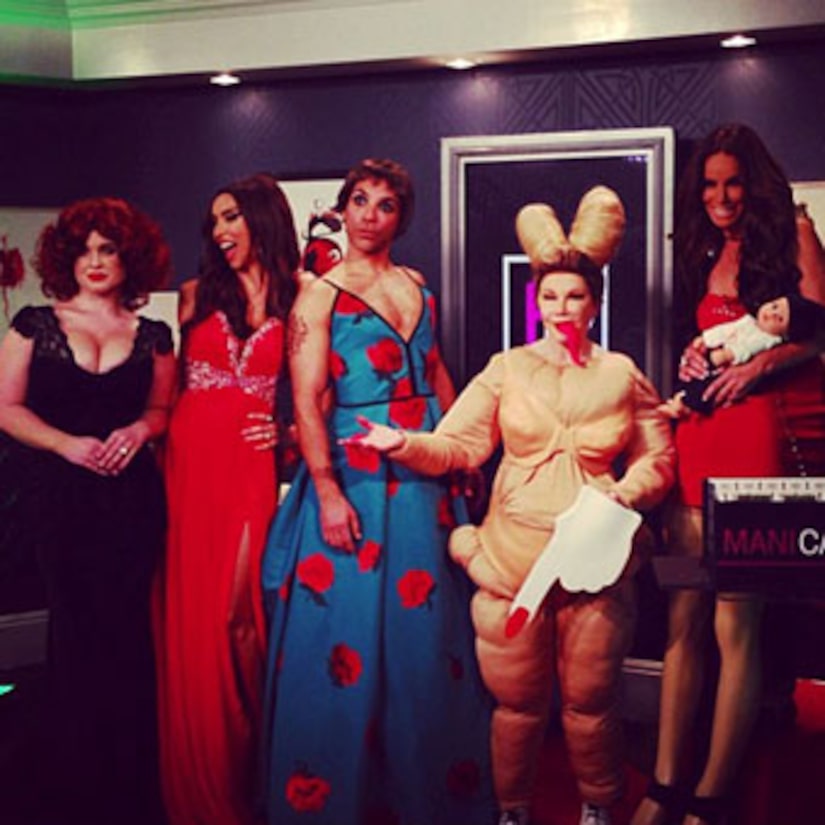 Tell us below: who do you think wore it best?