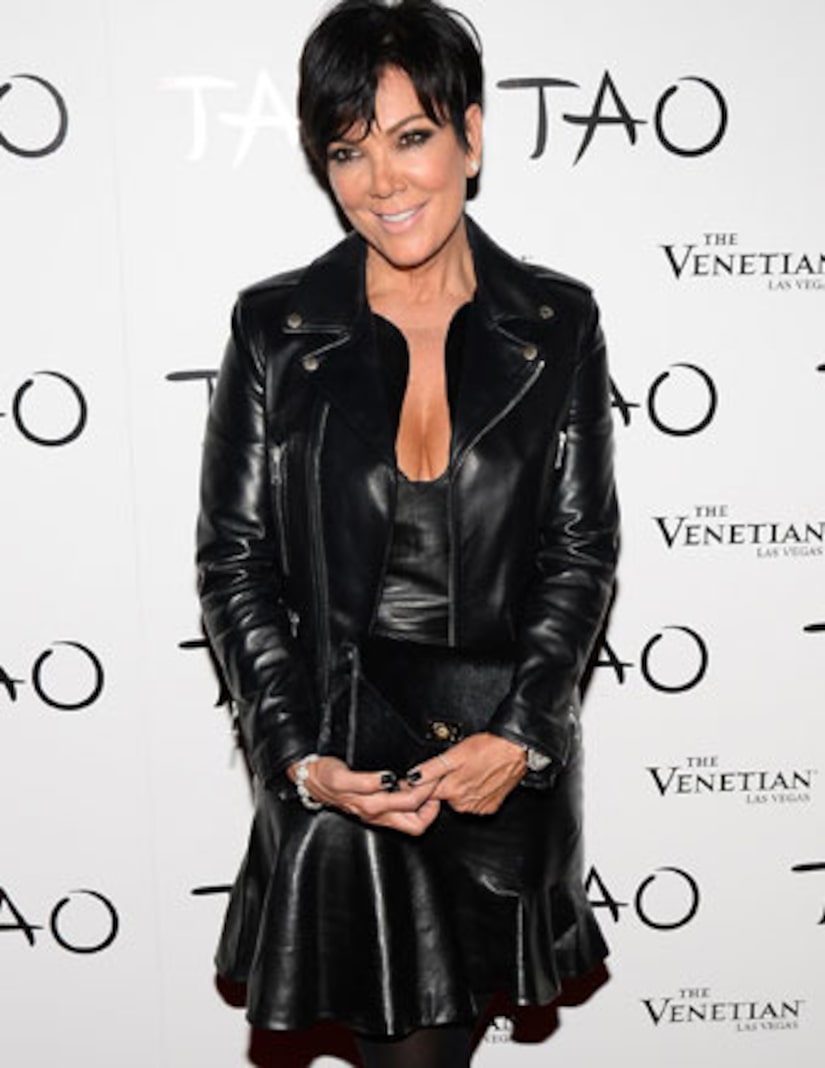 Kris Jenner joined daughter Kim Kardashian at Tao in Las Vegas for her 33rd birthday celebration Friday night, and opened up to “Extra’s” Terri Seymour for the first time about her separation from Bruce Jenner.

Jenner went on to say her and Bruce are also in a good place, “We’re in a super good place, he was actually going to be here tonight… He’s great, I talked to him three times today, we’re really good friends.”

She added, “I think what happens is when you spend so much [time] with somebody and you really love that person you can always remain really close… We have a family together and we raised a lot of fantastic children together.”

Flajnik also denied the rumors, telling People.com, "Kris is a very, very dear friend of mine. We are not dating, we're just working on a couple of projects together, so that's why we've been seen a lot as of late."

Terri also asked about the night Kanye proposed to Kim. Jenner said she was in on Kanye’s engagement plans. “He did call and let me in on what was going on and told me how excited he was and it went off flawlessly,” she said.