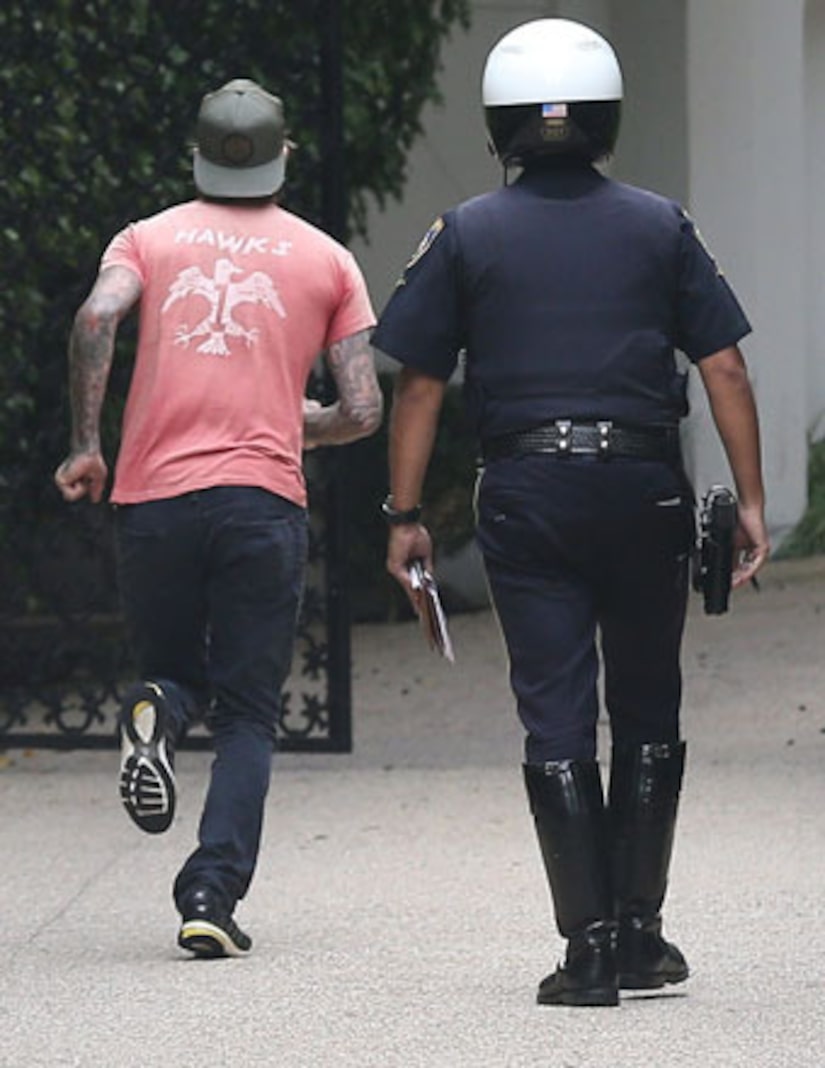 Soccer star David Beckham and son Brooklyn, 14, were in a car accident outside their home in Beverly Hills on Saturday, reports X17.

The crash crunched the front bumper of Beckham's 2013 Range Rover. After the incident, David pulled the SUV back into his driveway and walked out to the street to talk to police (see the video). Father and son appeared uninjured. 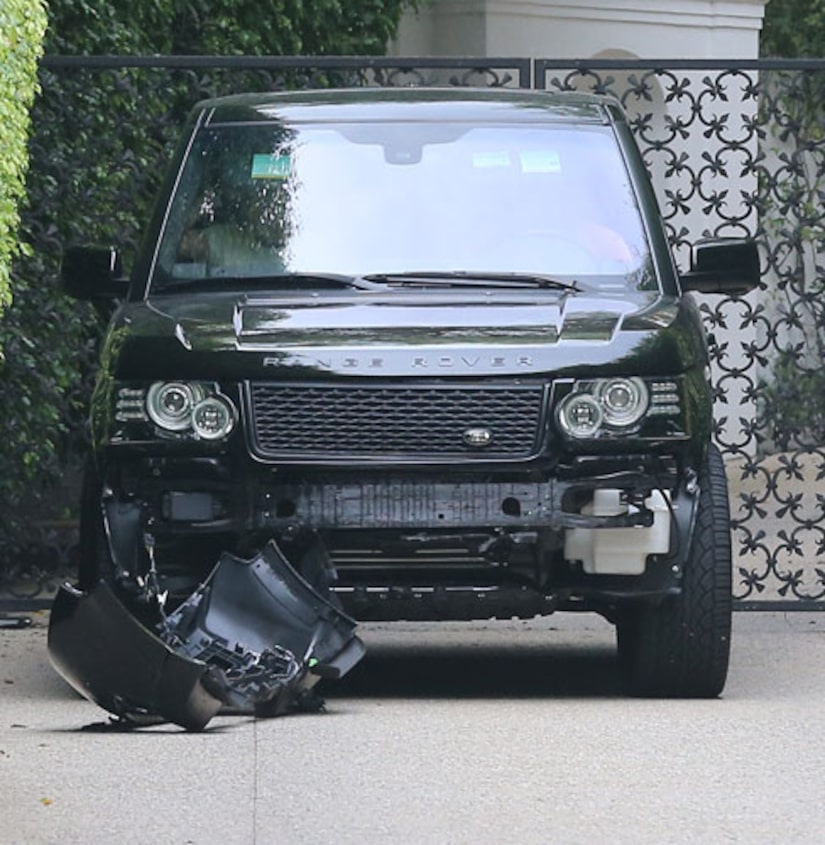 A photographer for X17 told the site, “I heard this loud sound and it was obviously a crash. It sounded really serious so we drove up the road to see what happened and realized it was Beckham. The front fender was dragging on the ground, making a scraping noise on the pavement. It was pretty bad."

So far there is no word on who else may have been involved in the fender bender.

David, wife Victoria and Brooklyn were also photographed leaving a West Hollywood gym on Saturday, although it is unknown if the workout took place before or after the accident. 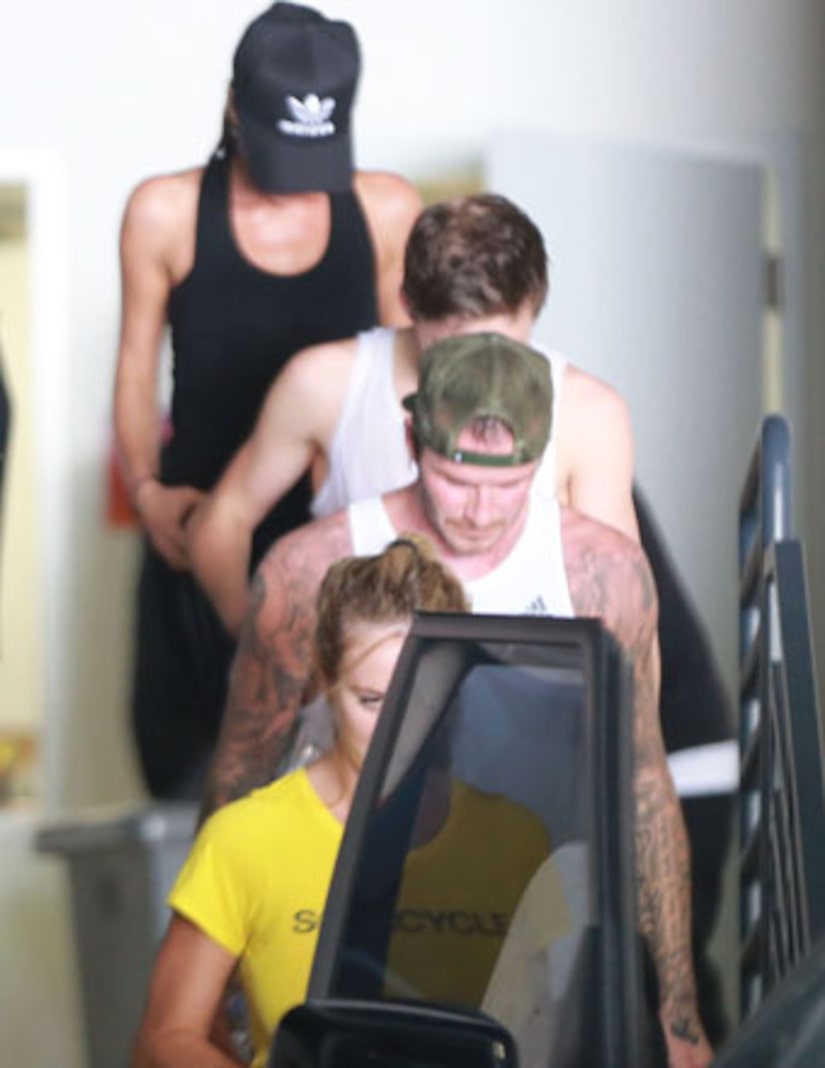