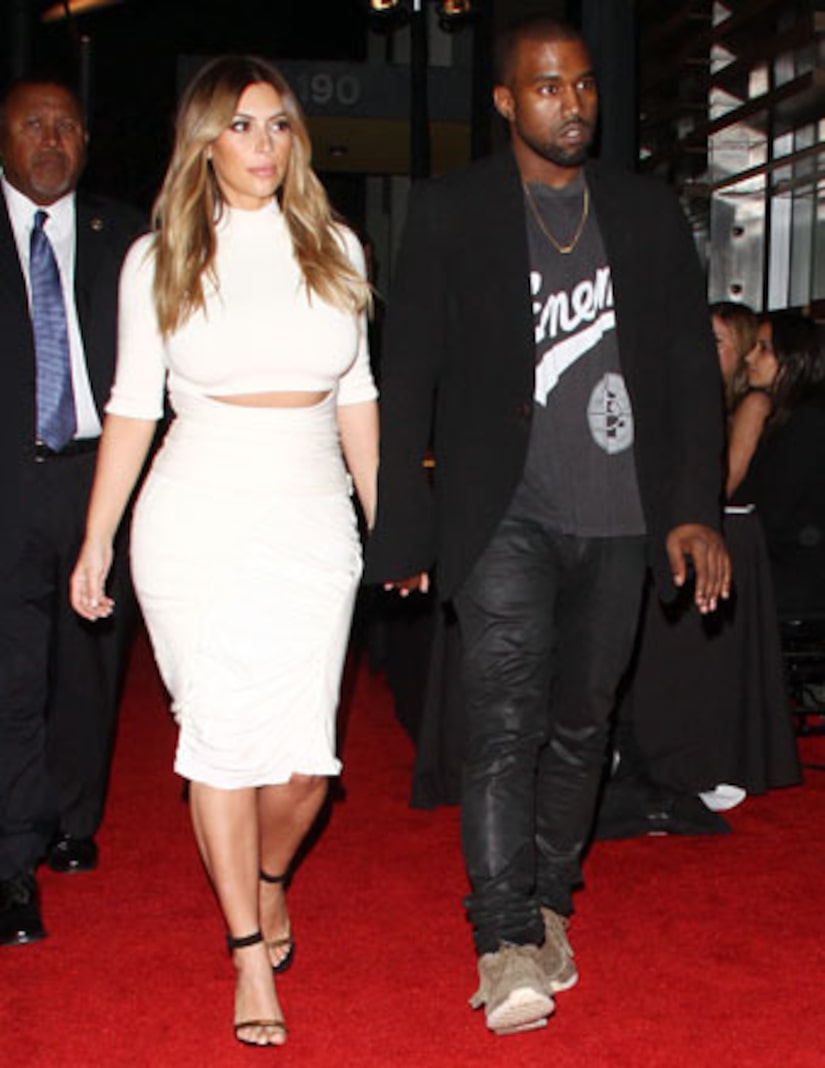 He ain't sayin' Kim Kardashian is a gold digger, but Kanye West still wants a prenup! That's okay, because his fiancée wants one too.

Sources tell TMZ that both stars are on board with the idea of drawing up a prenup, because it makes financial sense… not because they are worried about the relationship.

The site added that they plan to keep their assets separate while sharing a joint account for living expenses. CelebrityNetworth.com puts Kim's wealth at $40 million and Kanye's at $100 million.

West told the BBC last month, "She was in a powerful enough situation where she could love me without asking me for money, which is really hard for me to find.”

The rapper popped the question Monday with an over-the-top proposal that included a baseball stadium, orchestra and 15-carat diamond ring… on Kim's 33rd birthday.

Kim is no stranger to prenups. She and ex Kris Humphries also had an agreement before they walked down the aisle in 2011. After 72 days of wedded bliss, the couple split and a nasty legal battle ensued. The pair reached a settlement in April, which avoided a trial. Terms of the divorce were not released.

Rumor has it that Humphries ended up with Kim's old engagement ring, which was promptly auctioned off for more than $600,000.